member of New Patriotic Party’s (NPP) Communications team, Hopeson Adorye has insisted the Central Regional Chairman of the ruling National Democratic Congress (NDC) Allotey Jacobs was momentarily arrested and questioned over a case of money laundering Sunday while boarding a flight to the UK.

Adorye claims an account of his friend who was on board the same British airline flight 078 suggested that at Heathrow Airport, UK Security officials approached Jacobs on the flight – questioned him over money laundering issues and for a few minutes walked him out of the craft.Ghanapoliticsonline.com

“Of-course I didn’t start this rumours on social media, but a friend who was also travelling to UK on the same flight and was at the business class with Allotey said at Heathrow, some four security officials including three men and a lady walked to Allotey and asked him how much money he was having in his possession. Allotey just told the officials that the money he was carrying was purposely for a government programme; but the officials who were not convinced by Allotey’s response said he’d sometime ago said the same thing.

“So within some few minutes he was accosted and escorted out with a lady who was sitting beside Allotey on the plane leaving his belongings. The issue even made him delay his next flight to Dallas. And so this person’s account is accurate- he just told me exactly what happened and for me a summary of the whole incidence is that this amounts to questioning and arrest of Allotey Jacobs by UK officials,” Adorye told Fiifi Banson on Anopa Kasapa on Kasapa 102.5 FM Monday.

Rumours went viral on social media on Sunday alleging that Mr Allotey Jacobs was busted for carrying cocaine in Britain.

He’s was expected to have connected to the United States of America later.

Other reports said, the NDC bigwig who is abroad for a business transaction was escorted from the plane and questioned when his flight arrived Sunday morning over a tip-off that he was carrying too much money.

But Allotey has since denied such reports making rounds in the media, insisting he did not have issues with UK officials on his trip.

“That is the story I am hearing from Ghana and this is very serious. I’m stunned that somebody can manufacture a story like this. That is a big lie and you can even confirm from the British High Commission who have even dismissed such rumours. I’ve seen the High Commissioner’s tweet denying the allegations and saying nothing like that happened.

“I’m here in Dallas in Western Galleria Hotel with even one of our board members. Hopeson will experience hell when I come back to Ghana for peddling such falsehood about me.” 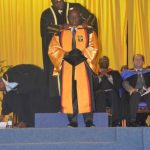