According to Kofi Adams, the president ‘wasted everybody’s time yesterday spewing lies’ in the name of engaging the media to account for his stewardship in the last six months since being elected into office as president.

Adams was speaking to host of Abusua Nkommo, Kwame Adinkra as part of his assessment of the president’s engagement with a cross section of the media yesterday.

He said, “the president wasted everybody’s time yesterday…everything he said from start to finish were a pack of lies and unfortunately no one could expose him at the encounter.”

“I will describe the whole exercise as substandard. By the way, I can’t fault the media for not asking the president pressing questions Ghanaians would love to have answers to.”

“The president also reduced the standard of the media encounter. If you look at it from previous governments, successive presidents from John Kuffour kept improving the exercise till John Mahama also raised it to a higher standard,” he observed.

“However, if you take a critical look at what the president did yesterday, he successfully reduced the bar that had been set higher by his predecessors and I am not enthused about it at all,” said Kofi Adams. 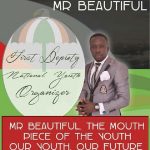