For the umpteenth time, Kennedy Agyapong, one of the main suspects in the gruesome murder of the late J.B. Danquah Adu, Member of Parliament for Abuakaua North, is squealing that he will not be the fall guy for the unsolved murder case.

The man who has been named by the self-confessed murderer, Daniel Asiedu, alias Sexy Dondon as his hirer and paymaster, is said to be sulking that his own NPP, government, is trying to make him the scapegoat for the dastardly murder.

Mr. Agyapong however is said to have vowed that he will not allow his party to do him like that.

News portal, Broadcast Ghana, reports that Mr. Agyapong says the Akufo-Addo government knows who J.B’s murderer is but has intentionally refused to investigate and prosecute.

This inaction, he is reported to have said, has left him in the limelight as the murder suspect and that he will not sit down and allow his own party’s government to frame him this way.

Interestingly, Ken Agyapong’s blame on the government flies in the face of what Sexy Dondon has been saying from prison.

According to Sexy Dondon, Agyapong paid him and gave him the location to the East Legon house of JB Danquah Adu.

And the arrangement was that after Dondon who claims to have been paid Ghc2000 for the assassination job had finished, Agyapong would meet with him.

Videos have emerged of Dondon, naming Kennedy Ohene Agyapong, MP for Assin Central as the one who hired him for the killing job.

A penitent Dondon, who says he regrets his action said he was tired of the whole thing and therefore had to make clean breast of the murder, insisting Agyapong paid him to kill the MP.

Following from there, Agyapong has been blurting all over the place, claiming Sexy Dondon also mentioned former MP for Madina, Alhaji Amadu Sorogho as the one who hired him to carry out the assassination. 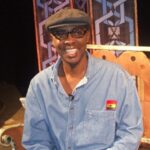