The President, the finance minister, the governor of Bank of Ghana and apparatchiks of government have been leading the chorus of the administration singing that the economy is improving. It’s an old trick often played by managers of economies having to render financial report to the public.

The President and his economic team know they have failed abysmally so have adopted this old trick. The economic situation of the country is not favourable so have started pointing to a rosy future to divert attention from the failure now. The Akufo-Addo government came into power with no plan and no programme other than the unproductive slogans about free benefits.

The administration’s forecast has been wrong on all the economic indices since the first quarter of the year 2016. Revenue estimates, interest rates, strength of the cedi, capital expenditure, internal and external debt estimates and recurrent expenditure were all worse than predicted and the administration and its propagandists are still dancing around their self- delusional forecasts. It is risky for anyone to rely on figures churned out by a bunch of people who seem not to be able to get projections right. People who hide moneys borrowed from the public. The said he does not want the poor to suffer but corruption in his administration has created a command and control system and enormous power is being abused as a result of opaque economic policies. Companies are suddenly finding themselves unable meet their targets because foreign exchange problems. The statistical service released its report. The figures were nicely cooked to corroborate government’s propaganda only to be exposed by the IMF and the world bank. Unlike the statistical service and government officials who view everything through rose coloured glasses, more realistic forecasts and report on the state of the economic by the World Bank, IMF and South Africa Barclays point to a terrible situation. The world bank’s latest report on our economy states that investment has reduced. Most analyst including renowned economists working with the World Bank and the IMF have posited alternative policy options which clearly indicates that present policies being implemented by Dr Bawumia and his team have failed. The reality is that there is no well coordinated fiscal policy and the economy lacks the necessary fiscal buffers. Bawumia’s inflation and money and exchange rate policies are just propaganda jargons. The foreign exchange related challenges are weighing down on economic performance especially in the manufacturing sector given the heavy dependence on imported raw materials.

So the question is- who is really in charge of Ghana’s economy? Is Dr Bawumia still the leader of the economic team. I am asking this harmless question because the Vice President presented himself to Ghanaians as an economic guru, professor of economics who was preparing to receive a Noble Peace Prize in economics. We expected him with all the technical knowledge he claimed he has, to make decisions that are in the best interest of the country than the hanging albatross and the staccato fashion. However, the administration’s economic decisions and altercation of monetary and fiscal policy authorities seem to suggest that the man [Bawumia] was over hyped. We need genuine and well packaged complimentary fiscal policies to resuscitate production and engineer consumption. The finance minister should know that monetary policy alone cannot move the economy out of stagflation. Their incomplete fiscal policies and opaque policies raise costs, risk and uncertainty hence to sharp drop in investor confidence in the economy. Things are falling apart and no one seems to be the coordinator or in charge. What we witnessing is turning and turning in a widening gyre, where the falcon cannot hear the falconer.

The economy is unable to pay contractors, disburse statutory funds to state agencies, fund the free secondary education, pay workers promptly, offer employment, pay allowances to trainees, meet its revenue target etc. These are the issues I expected Caseley Hayford to critically assess not the grovelling agenda he embarked upon on citiFM. The finance minister himself has admitted that the economy under their watch is in limbo, the administration has extended the IMF deal it promised Ghanaians was going to kick out if elected, the senior minister has stated openly that the economy is dwindling – so why these “laughable” praises. The Finance minister shamelessly and deliberately, failed to capture loans contracted in his statement and mischievously twisted information he furnished Ghanaians. Importers have rejected their paperless system and complaining bitterly about the economic policies of the administration. This year we saw the highest increases in electricity, liquid fuel and transport fares and if government is telling us that inflation has, interest rate down etc 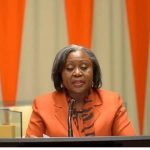 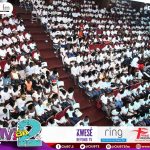