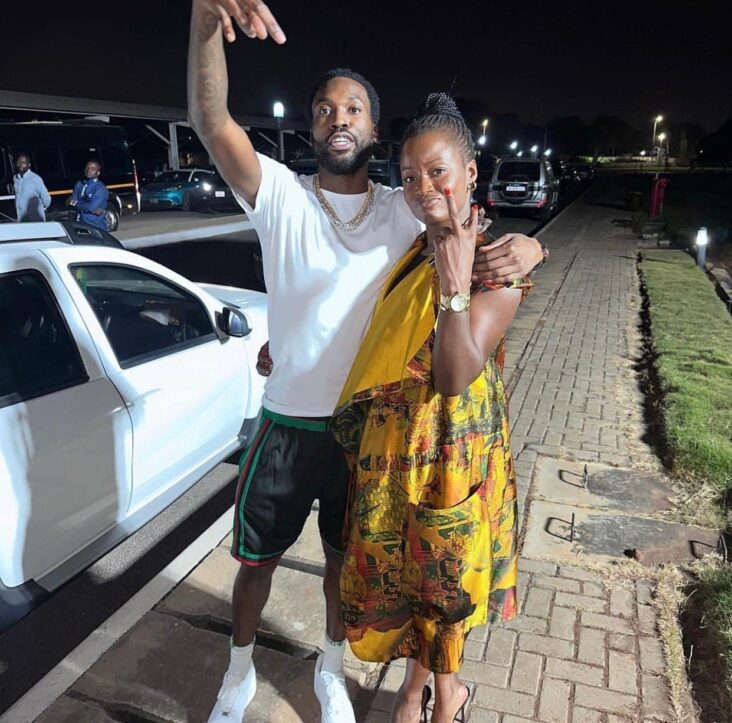 President Nana Addo Dankwah Akufo-Addo has confirmed that his daughter Gyankroma Akufo-Addo led American rapper Meek Mill to the Jubilee house for the controversial song video shoot of the rapper.

American rapper Meek Mill was a guest at the Jubilee House on Friday, along with President Nana Addo Dankwa Akufo-Addo.

The rapper had earlier in the day posted a series of pictures on his Instagram status in which he was seen outside and inside the Jubilee House along with his team members.

One of the photographs shows him posing for a photograph while pointing to the giant coat of arms on the wall in the main conference hall of the Presidency.

In a video of his meeting with Akufo-Addo, Mill talks about his upbringing and unfairly ending up in prison before stressing his desire to meet strong black leaders and Thanked the President for hosting his team.

“I’m so excited that my daughter Gyankroma insisted that you should come and say hello to me, and I appreciate it very much,” Akufo-Addo said.

Mill had earlier shared a photo of himself and Gyankroma Akufo-Addo, but as per our investigation, the particular picture was taken elsewhere and at night as well. 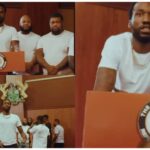