President John Mahama has said the Flagbearer of the opposition New Patriotic Party (NPP) Nana Akufo Addo, as intolerant as he is, will even cause the destoolement of chiefs who speak against his government if he (Akufo Addo) wins power come December 7 election.

According to him, Ghanaians will do themselves a great deal of disservice if they vote for such a divisive leader who is not ready to accept any contrary views to his position held on issues.

Speaking at a mammoth rally at Suhum on Monday evening as part of his campaign tour of the Eastern Region, President Mahama stated that divisions and suspensions in the NPP under Akuffo Addo vindicates Ex-President Kuffuor statement captured in a video where he advised party members to elect a leader who is not divisive and creates tension.

He said Nana Addo’s leadership and happenings in the NPP points out that he cannot rule Ghana in unity.

President Mahama also accused Nana Akufo Addo and the NPP of making outrageous promises which cannot be fulfilled just to deceive Ghanaians adding that NDC on the other hand makes promises that are doable. 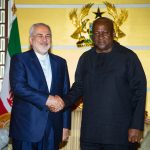 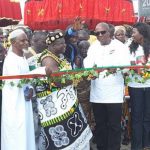