Ghana’s opposition leader Nana Akufo-Addo was briefed about the decision to bring in the two ex-detainees of Guantanamo Bay six clear months before their arrival, security analyst Irbard Ibrahim claims.

“Nana Addo thinks the process is flawed…and was wrong for government to accept them,” Mustapha Hamid, the spokesperson of Akufo-Addo said over the weekend.

However, the international relations expert has revealed the three-time presidential candidate of the Danquah-Busia-Dombo tradition was privy to the information prior to the coming of the GITMO two.

“I can say for a fact that Nana Akufo-Addo was duly informed six clear months before the GITMO detainees touched down,” Irbard told host of Joy FM’s Super Morning Show Kojo Yankson on Monday.

“He was informed by the Americans,” Irbard emphasised. “There was broad-based consultation. We should look at this from the national issue. There is no cause for alarm, let’s have faith in our security.”

However, the NPP has rubbished Irbard’s claims, saying Nana Addo was only informed of the decision two weeks ago by the American Embassy.

“It’s never true that the flagbearer of the NPP was briefed six months ago on the Guantanamo detainees… What happened was that in the first week of January the person in touch at the America Embassy informed him about the decision… that was not a consultation. It was just an information. Nana Addo’s decision was that he would have to get in touch with his party hence the statement [we issued],” Nana Akomea, the spokesperson of the NPP said on the show. 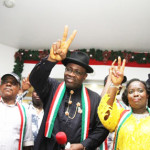