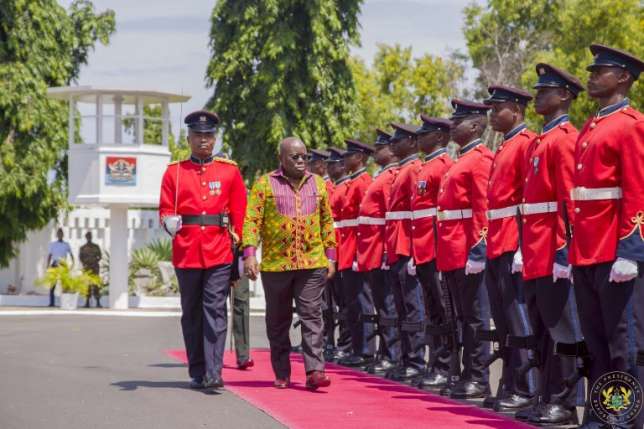 President Nana Akufo-Addo says military officers who want to do politics should hung their uniforms and pursue a career in politics.
He stressed the need for military officers to remain apolitical while recounting the number of military interventions in Ghana.

He said Ghanaians want professional officers who will serve any government elected by the people.

He said: “We must all be grateful to the Almighty that there is now a firm and widespread consensus in our country that the military takes its powers from the elected civilian government.

“We do not want NPP soldiers, nor do we want NDC soldiers. We want Ghanaian soldiers, who will serve any government, duly elected by the Ghanaian people, with equal zeal and loyalty.”

The President made the comments at a durbar in Accra on Friday, his first as the Commander-in-Chief of the Ghana Armed Forces.

The event was attended by officers and other ranks of the Ghana Armed Forces.