President Akufo-Addo is set to speak on the controversial military agreement between Ghana and the United States today Thursday, April 5, 2018.

The address which will be broadcast live on various local media platforms at 8pm, will be the president’s first commentary on the matter since it became public.

It comes as the Minority continues to question the President’s silence on the deal which was passed by a one-sided parliament after a cabinet endorsement.

In an open letter to the President, minority spokesperson on foreign affairs Samuel Okudzeto Ablakwa described the president’s silence on the issue as “cold and unusual”.

“Your Excellency, I am compelled to write this open letter for your urgent attention due to your rather unusual, strange and uncharacteristic but determined cold silence on the most crucial issue agitating the minds of Ghanaians, thus “the agreement between the Government of the United States of America and the Government of the Republic of Ghana on Defence Cooperation, the Status of United States Forces, and Access to and Use of Agreed Facilities and Areas in the Republic of Ghana” which your majority Members of Parliament defiantly ratified on the 23rd of March, 2018 to conclude the processes you and your Government initiated,” Ablakwa wrote. 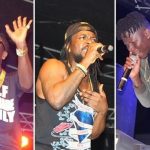 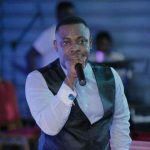