“I believe that those who are going against the idea of competitive politics, electoral politics, are fighting the tide of history in West Africa and in the general African region,” Akufo-Addo told AFP in an interview.
He hit out at leaders clinching to power, saying “what is taking place in The Gambia is unfortunate.”
He also hailed the consolidation of democracy in the Ivory Coast and Nigeria.
A week after conceding defeat, Jammeh on Friday declared he no longer accepted the results of the December 1 vote, upending hopes for a peaceful political transition after his 22 years in power.
In a speech broadcast late Friday, Jammeh, 51, cited “unacceptable errors” by election authorities and called for new polls.
“In the same way that I accepted the results faithfully believing that the Independent Electoral Commission was independent and honest and reliable, I hereby reject the results in totality,” he said.
“Let me repeat: I will not accept the results based on what has happened,” he added.

Jammeh pointed to that polling error, claiming that numerous voters had not been able to cast their ballots.
“We will go back to the polls because I want to make sure every Gambian votes under an electoral commission that is impartial, independent, neutral and free from foreign influence,” he said.

(Additional files from AFP was added.) 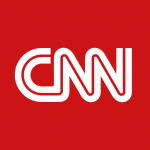