The Communications Minister, Dr. Edward Omane Boamah, has indicated that he yearns to see the Presidential Candidate of the New Patriotic Party (NPP),Nana Addo Dankwa Akufo-Addo,pick up the challenge by President John Mahama to engage him in a debate.

The Communications Minister wrote in a Facebook post during Democrat Hillary Clinton and Republican Donald Trump first time heated presidential debate – that could reshape the 2016 campaign for the White House.

On his wall captured by GhanaPoliticsonline.com , Omane Boamah wrote, “I can’t wait to hear Akufo Addo finally accepting President Mahama’s challenge to him for a presidential debate”.

It will be recalled that the President in an interview with Bridget Otu of TV 3 earlier this year, indicated his willingness to debate the NPP flag bearer anywhere, anytime, and any day as that will offer him the opportunity to expose some inaccurate facts Akufo Addo has been putting out.” 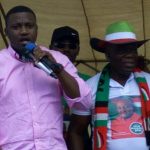 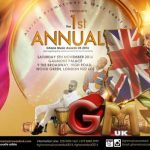