President Akufo-Addo has met with leaders of the various political parties in the country to seek their views on some governance-enhancing measures his administration intends to take.

Also in attendance were the Chairpersons and General Secretaries of the Convention Peoples Party (CPP), Peoples National Convention (PNC), and the National Democratic Party (NDP).

The rest were Liberal Party of Ghana (LPG), United Peoples Party (UPP), All Peoples Congress (APC), Great Consolidated Popular Party (GCPP), United Front Party (UFP), and the Democratic Peoples’ Party (DPP).The meeting, which was the first between a sitting President and leaders of the political parties in recent years, lasted well over three hours and was held in a good atmosphere, one of frank exchanges and mutual respect.

Issues discussed included the commemoration of the Silver Jubilee of the 4th Republic, on January 7, 2018; the election of Metropolitan, Municipal and District Chief Executives (MMDCE); and the creation of new regions, amongst others.

It is the intention of President Akufo-Addo to have further such meetings in the future, with the leaders of the political parties, who described this initiative as a laudable one. 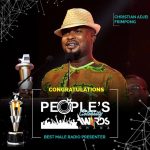