A former Deputy Energy Minister under the erstwhile John Mahama administration, John Jinapor has questioned the credibility of Akufo-Addo’s analysis on the effect of Dunsor on the economy during the NDC government regime.

Jinapor describes as inaccurate, the calculation as referenced by the President on the power outages under the Mahama administration.

President Akufo-Addo at the National Policy Summit Monday said it was regrettable that the industrial sector suffered one of the most significant setbacks in history over the past few years.

He said: “a significant number of Small, Medium and Large Scale operators were all brought to their knees as a result of the four years of dumsor induced by the mismanagement of the Energy sector.”

Referencing a report by ISSER, Mr. Akufo-Addo said Dumsor cost the country USD 618 million in economic activities in 2014 alone equivalent to 2% of GDP.

He added the four years of Dumsor cumulatively led to a loss of more than USD 3 billion in economic activities and in the process scores of Ghanaians lost their jobs.

But Jinapor contends that it was wrong for the President to allude to the fact that Dumsor occurred throughout the four year NDC regime, insisting there is problem with the figures presented by the President.

“The point is that when I was Deputy Minister, from 2013, 2014 by the end of 2015 we resolved the deficit. In the whole of the year 2016, we never had any load shedding programme, because we had enough capacity beyond our demand.

“If we had any outage it was a localized outage. And so it couldn’t have been that in the four years of President Mahama, we had load shedding throughout. The other issue is that, if you do the arithmetic, the President claims that in 2014 alone, we lost about 600 million. If you multiply 600 million by four, you certainly not get 3 billion and so we will like to interrogate that information subject to critical scrutiny.” he told Accra-based Citi FM. 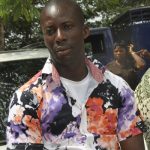