The celebration, which begins on Monday, December 4 and ends on December 9, 2017, seeks to review the state of corruption in the country, and provides a platform for the assessment of the country’s implementation of anti-corruption measures.

The event, which is being spearheaded by the Commission on Human Rights and Administrative Justice (CHRAJ) and its partners, will see other partners including the Office of the President, Attorney General’s Office and the Ghana Anti-Corruption Coalition, made up of CHRAJ, EOCO, IEA, GII, PEF, CDD, GJA, GCRP], Judicial Service, NCCE, Ghana Police, NAPRM, Penplusbytes, IMANI, EU/ARAP, US Embassy/USAID, STAR Ghana and STAAC.

Activities for this year’s celebration will include a discussion of the 2016 NACAP Implementation Report, and awareness creation of the NACAP and resource mobilization for its implementation.

The stakeholders are optimistic that at the end of this year’s celebration, consensus will be built on the 2018 NACAB activities and more youth will be involved in the fight against corruption.

Fighting corruption has been one of the major focus of the Akufo-Addo government which heavily criticized the previous John Mahama government of presiding over unprecedented acts of corruption and depriving the country of the much needed development.
Although Akufo-Addo has been in government for just 10 months, his government has not been spared the perception of corruption among hid officials.

Recent scandals such as the diversion of premix fuel, sale of contaminated fuel by the Bulk Oil Storage and Transport (BOST) Company, and the accusation of corruption leveled against two deputy chiefs of staff by a sympathizer of the New Patriotic Party (NPP), Kwame A-Plus, appear to have smeared the government’s image already.

Despite these developments, President Akufo-Addo has given security agencies a directive to investigate any official within his administration who will be accused of corruption.
He said the move is to ensure that no one goes unpunished for proven corrupt acts.

Ghana, through its Parliament on 3rd July 2014, adopted the National Anti-Corruption Plan (NACAP) as the national strategy and blueprint to combat corruption in the country over a 10-year period.

The main purpose of NACAP is to mobilize efforts and resources of stakeholders, including government, public sector institutions, civil society, the private sector, the media, faith-based organizations, traditional authorities, and individuals, to prevent and fight corruption through the promotion of high ethics and integrity and the vigorous enforcement of applicable laws.

9th December of every year is celebrated as the International Anti-Corruption Day. As this year’s programme coincides with the Ghana@60 celebrations, the multi-stakeholder planning committee has branded the week December 4 – 9, 2017, as Anti-Corruption & Transparency Week [ACT 6/0], symbolizing six days of zero tolerance for corruption. 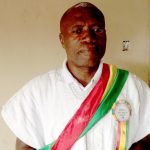