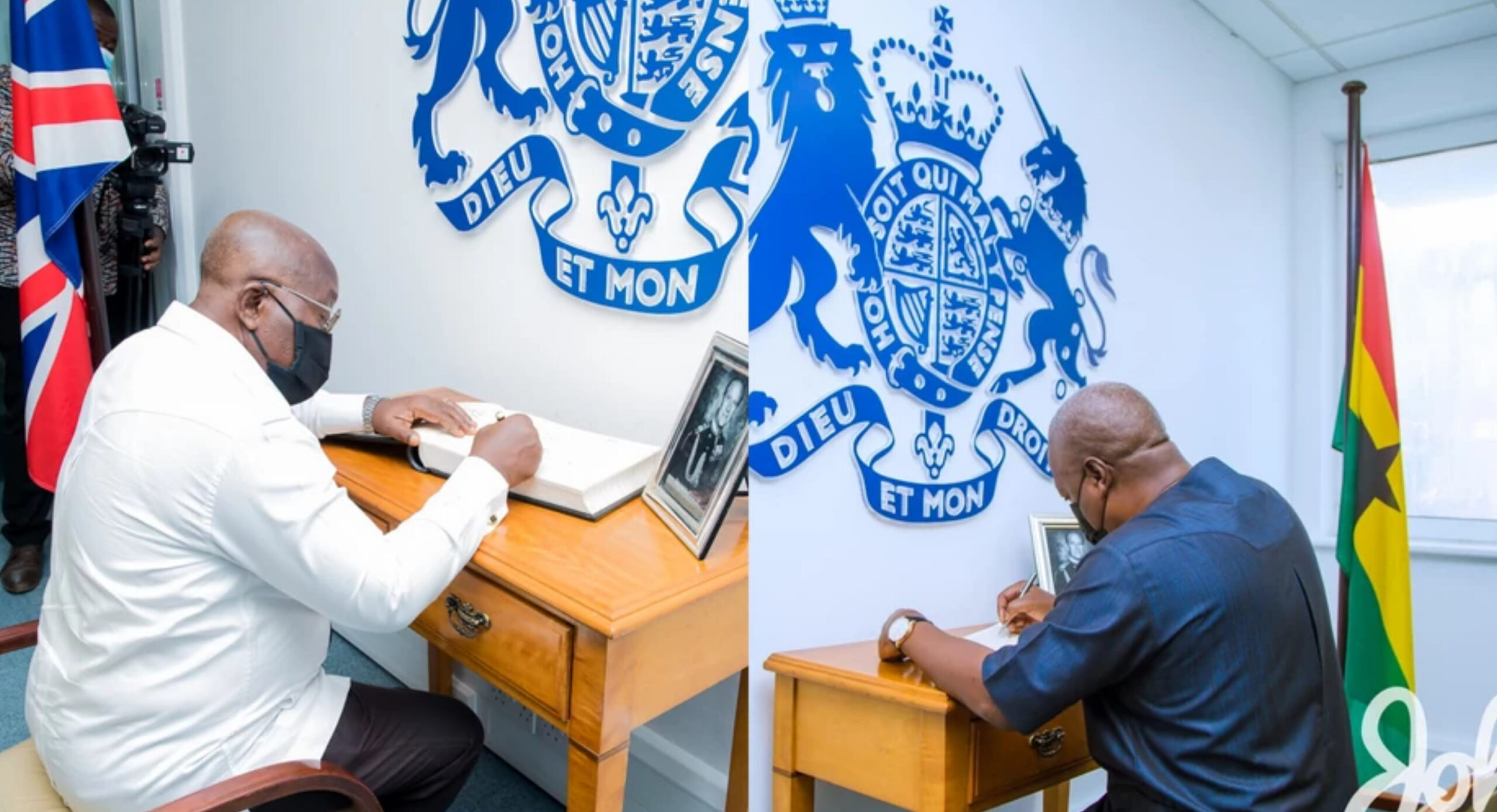 President Nana Akufo-Addo and former President John Mahama have both taken turns to sign the book of condolence for the late Prince Philip.

“I signed a book of condolence opened at the British High Commission in Accra for Prince Philip, Duke of Edinburgh,” Mahama later posted on Facebook.

“He lived a long and fulfilling life during which he touched the lives of many across the world, especially young people.

“At this time, our hearts go out to Queen Elizabeth II and the Royal Family. May his gentle soul find peaceful repose.”

Meanwhile, Akufo-Addo also stated: “Prince Philip’s life had a positive impact on us in Ghana. Over 750,000 young Ghanaians have benefitted from the Duke of Edinburgh Award Scheme, the great initiative he established in 1956, sixty-five (65) years ago, to unearth talents amongst young people the world over.

“It is now known in Ghana as the Head of State Award Scheme, and I had the honour, two days before his death, of cutting the sod for the construction of its own administrative office building, making Ghana one of the few countries in the world, and the second in Africa, to have such an office.

“His place in Ghanaian history is secure, and we appreciate very much his contact with us.”

Prince Philip and the Queen had four children, eight grandchildren and 10 great-grandchildren.

Akuapem Poloo: Rosemond Brown Found Guilty by Court for Nudity; Convicted by Court
I won’t jail any of my appointees on hearsay and mere allegations – Akufo-Addo
To Top