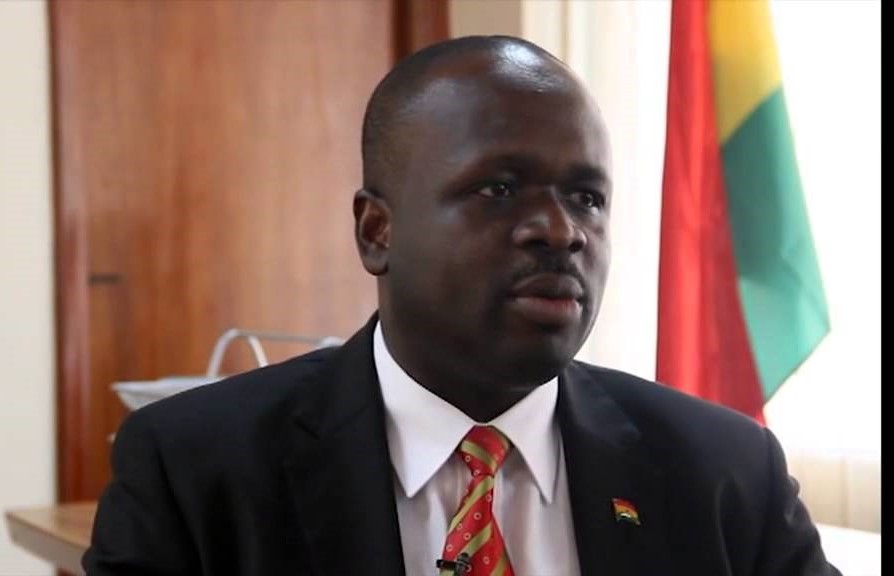 Minister for Communications, Dr. Omane Boamah, has said that New Patriotic Party’s (NPP) third-time flagbearer, Nana Addo Dankwa Akufo-Addo, is worse than a serial caller.
The minister made this comment on Metro TV’s Good Morning Ghana on Thursday in response to a blistering verbal attack on him by NPP’s immediate past general secretary, Mr. Kwadwo Owusu Afriyie, popularly known within his party’s ranks as “Sir John,” who referred derogatorily to the minster as a “serial campaigner” for the Mahama-led NDC government among others.
Mr Owusu Afriyie, who was said to be “gbeshie-possessed” (hyperbolic) by his counsel, Mr Ayikoi Otoo, when he was hauled before the Supreme Court for making libelous comments against the 9-member panel of judges during NPP’s election petition hearing, was out of order right from the start of the show to the very end, describing President Mahama and his ministers in very unprintable terms.
At the tail end of the programme, the cool-headed minister who had displayed a high level of tolerance in the face of the wanton disregard for civility by Mr Owusu Afriyie, finally decided to demonstrate to the Gbeshie-possessed NPP guru that he had had it to the neck level when he told him that if he Omane Boamah could be described by he ‘Sir John’ as a serial campaigner and serial caller then Mr Akufo-Addo is worse than a serial caller, referring to some deliberate lies the twice-defeated NPP flagbearer chose to propagate about the Mahama-led NDC government recently.
Dr Omane Boamah gave two examples to prove his assertion. He mentioned the occasion when the Mr Akufo-Addo told a palpable lie whilst on a one of his perennial trips abroad that the NDC had spent $10,000 in printing presidential diaries and also when NPP flagbearer made the claim that the Kasoa interchange project was overpriced, indicating that the government had engaged in corruption as a result, a sudden sing-song of the his party.
He pointed out that the truth is out there today that government did not spend a dime of the Ghanaian people’s money on diaries as claimed by Mr Akufo-Addo who should have known better.
Again, he said the NPP flagbearer engaged in spreading the deliberate falsehood regarding the cost of the Kasoa interchange because he failed to check the fact of the details of the project which include a clinic, school, ancillary roads and other facilities.
He wondered how any opposition leader who wants to be taken serious could stoop so low as to engaging in spreading blatant falsehoods the way Mr Akufo-Addo is carrying on.
Dr. Omane Boamah, a regular panel member of Metro TV’s Good Morning Ghana show on Thursdays, regretted the fact that the former NPP general secretary, who was representing his party on a Thursday for the first time, had taken the discussion to “such pedestrian levels” unlike the usual serious-minded business that the live show’s Thursday edition is noted for.