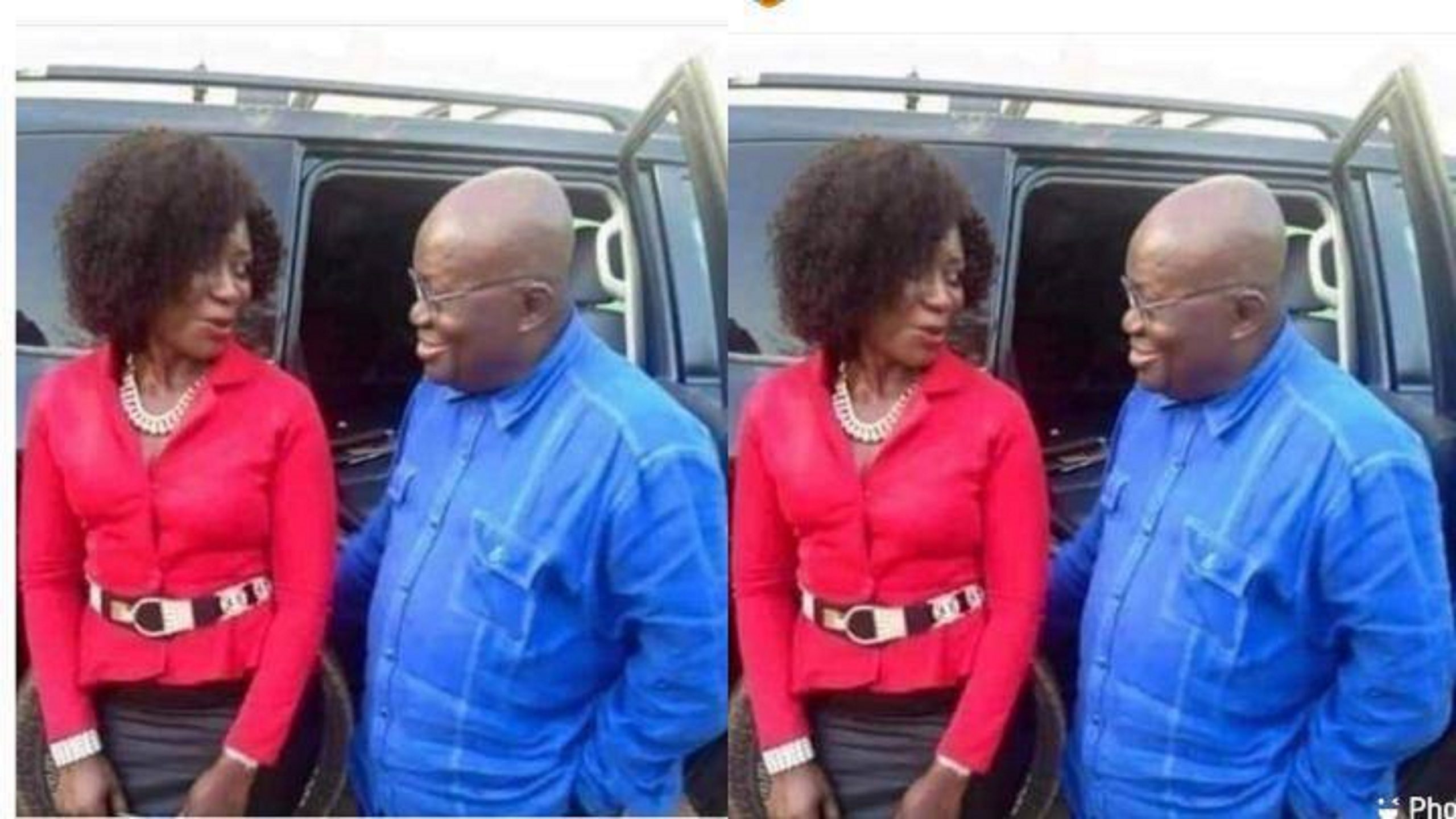 Indeed Ghana is the sweetest country in the whole world..lol

It appears that freedom of speech in Ghana has really moved to a different angle of which any one can jut wake up from bed a spit out what ever he or she wants and go scot free..

However, the ‘Papa no’ trend is really making wave as its now from former president John Dramani Mahama to the president of the Republic, His Excellency Nana Addo Dankwa Akufo Addo.

This comes after a photo of Nana Addo having a one on one talk with a beautiful lady hit the net and have sparked a lot of reactions.

Following the photo which hit the net, some Ghanaian believe to be that of the members of the opposition National Democratic Congress(NDC) have taken the opportunity to tag Nana Addo as the real ‘Papa no’.

Meanwhile, from the beginning of the ‘Papa no’ issue, the former president, John Dramani Mahama as been tagged as the real ‘Papa no’ following some secrets that have been unfolded.

The word ‘Papa No’ has become a trend on social media due to the banter between Mzbel and Tracey Boakye.

During the banter, it emerged that there is a certain man (Papa No) who seem to be enjoying both Mzbel and Tracey Boakye.

In as much as the father of Tracey Boakye’s daughter has not been identified, it is believed that Papa No is the father.

It is also believed that ‘Papa No’ is the same one who has purchased a house at East Legon for Tracey Boakye and in one way or the other also sponsoring Mzbel.

Remember, in one of Tracey Boakye’s video, she threatened that she would ensure that the man does not give Mzbel anything henceforth.

However, Gloria Kani who used to be a friend of Tracey Boakye, has stated that, the ‘Papa No’ is not John Mahama and as such a DNA would prove this.

According to Gloria, Tracey has been blackmailing John Mahama insisting that he is the father of her daughter even though he is not.