President Akufo-Addo addressed Ghanaians yesterday on the US military deal which has cause an uproar among a large section of Ghanaians within the past 2 weeks.

In his address, Nana said: “How else would we have exposed the unspeakable hypocrisy of a fraternity of some frontline politicians who make a habit of running with the hares and hunting with the hounds who secretly wallow in the largesse of the United States of America while at the same time promote anti-American sentiment to a populist constituency.”

Nana also allayed the fears of Ghanaians by saying, “So, let me state with the clearest affirmation that Ghana has not offered a military base and will not offer a military base to the USA. Indeed the USA has not made any request for such consideration and consisted with our established foreign policy, we will not consider any such request.”

However Franklin took an exception to some of his utterances in labelling all those who opposed the deal as unpatriotic. He posted on Facebook: 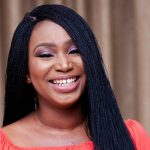