The governing National Democratic Congress (NDC) has parried attacks from the 2016 flag bearer of the New Patriotic Party (NPP), Nana Akufo-Addo that President John Mahama is presiding over a cabinet of violent people.

Mr Akufo-Addo’s comments come on the back of allegations that some Ministers of state had instigated their supporters to attack members of the NPP.

Addressing party supporters at Hwidiem, in the Asutifi South constituency of the Brong Ahafo Region, Nana Akufo-Addo accused the president of sitting unconcerned while his Ministers perpetrated violence on opponents.

“The president is going all over the world talking about Ghana, talking about peace, and talking about democracy. And in his cabinet, around the cabinet table at which he is presiding, are people who instigate violence – purveyors of violence, sitting around his cabinet table. He doesn’t care. He doesn’t have the strength of character to reprimand them, and tell them to stop what they are doing. He is simply looking on unconcerned. Does this mean he endorses this kind of conduct?” Mr Akufo-Addo said in reference to Sports Minister Nii Lantey Vanderpuye and Local Government Minister Collins Dauda, who, the NPP has accused of instigating their followers to visit violence on NPP members in Odododiodoo and Asutifi South constituencies, respectively, where the two ministers are MPs.

But in a sharp rebuttal, National Organiser of the NDC, Kofi Adams has described the NPP flag bearer of having a certificate in violence saying the former Attorney General is struggling to have a twin in Mr Mahama.

“Nana Akufo-Addo will not get a twin in President Mahama when it comes to violence. Nana Akufo-Addo is a certified violent person. … Even at the parliamentary level when he stood for elections and won against Owuraku Amofa in 1996, what he did to our party people there is still there, it’s evident. His all-die-be-die claim, he said it himself, the chasing of Paul Afoko and the rest with cutlasses and things at their party’s headquarters, we all know where they sit and plan such things, so, Nana Akufo-Addo is a certified violent person and so he cannot be looking for a twin who does not exist in president Mahama,” Mr Adams said on Inside Politics on Class 91.3FM. 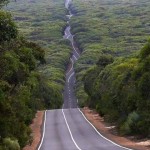