Since the issue of the ex-Guantanamo Bay detainees in Ghana came up, various persons and institutions have added their voice to the debate over whether the President acted in the right way in accommodating the detainees in the country.

The president extensively explained the rationale behind the decision to the understanding of many though some people still maintain their stance that the presence of the untried suspects in Ghana would expose the nation to possible attacks from terrorist groups.

In a rather strange turn of events, the flagbearer of the New Patriotic Party (NPP), Nana Akufo Addo, who would comment on any national matter in the past, has gone silent over the issue, keeping many wondering what the reason could be.

His action has been largely hailed as very diplomatic in view of the sensitivity of the matter and the possible effect on his chances to become the president of Ghana-a dream he strongly but elusively holds on to.

However, it is emerging that Nana Akufo Addo’s silence is a smart move to keep his relationship with some prominent people intact but in effect he is seriously using his henchmen to do the dirty work for him while keeping a good public image.

His spokesperson, Mustapha Abdul Hamid, and many others have already expressed his sentiments on the issue that are in sharp contrast to what the spokesperson of the National Chief Imam said in reaction to the Christian Council of Ghana’s stance on the issueSpokesperson for the National Chief Imam, Sheik Aremeyaw Shaibu, described the stance of the Christian Council of Ghana against the acceptance of the detainees in Ghana as xenophobic since it is an expression of the Council’s rejection of Muslim brothers.

Mustapha Hamid had said on Citi FM, an Accra-based radio station, that since Ghana is an ally of the US, the Jihadist ideologies of the ex-Guantanamo detainees meant Jihadists could attack the friend of their enemy.

“They may not have anything against Ghana as a nation, but they certainly do have something against America, especially so because America has confessed that it has no evidence for which it incarcerated them for 14 years. The source of Jihadist ideology is that the friend of your enemy is your enemy. That one is a non-negotiable aspect of the ideology that cuts across Al-Qaeda, Taliban, Al Shabaab and Boko Haram. So we have shown by this act, which we believe to be an act of generosity and compassion but in their mind it is an act of complicity in the sense that we have shown ourselves to be an ally to America.”

His sentiments, emanating from the camp of Nana Akufo-Addo, show that Nana Addo’s stance is as xenophobic as the Chief Imam sees the attitude of the Christian Council of Ghana.

In any way, to know Akufo Addo’s position on this matter, the utterances of his party members are enough to tell us where he stands.

Assin Central MP, Kennedy Agyapong opines that “We are better off under corruption than being involved in this world crisis, which will bring problem to the people of Ghana.”

The NPP in a statement, maintains that the laws of Ghana do not agree with the decision by asking, “ Why has Government chosen to ignore the relevant provisions of the Anti-Terrorism Act (Act 762) which clearly frowns on the admission of suspected terrorists into Ghana?”

Nana Addo’s silence is believed to be a means of doing the dirty work through his henchmen and he, from all indications, would continue to remain silent till the matter dies naturally. 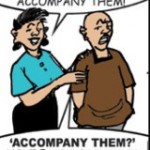 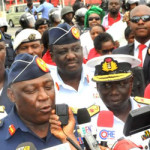