Last week’s Volta Regional campaign tour of the flagbearer of the New Patriotic Party (NPP), witnessed an incident many in the Kpando Municipality, are describing as gross disrespect to the customs and tradition of the people popularly called, the Akpinis.

It was narrated that, Nana Akufo-Addo, last Monday, rejected a customary gift of wrist beads from the chiefs and queen mothers of the Kpando Traditional Area, with the suspicion that it is ‘jujued’ and might harm him.

The gift, known in the Kpando Traditional Area as, “Atsri bɔbɔ” is used to welcome prominent people, who visit the chief and elders of the Akpini land, but Akufo-Addo, surprisingly rejected the honour done him at the Kpando Chief’s palace in the presence of elders, sub chiefs, and some opinion leaders of the town.

It was clear from his body language that, he only wanted their votes to become President, but not there to respect and honour their customs.

Indeed, his attitude, left most ardent followers in the Kpando Municipality dumbfounded.

On his arrival in the Kpando Municipality, as tradition demands, he and his team made up of Pius Enam Hadzide, and Otiko Djaba, had to visit the custodians of the Akpini land, which he and his team did, and were warmly received by the chiefs and elders of the land to their palace.

As has been the case, Nana Addo, and his team, begged them to give him their support, so he could win the December 7 polls.

Upon his arrival at the prescient of the Kpando Chief’s palace, some of his supporters, laid clothes on the floor for Nana Addo to walk on, but he refused, and took a different direction to enter the palace.

After meeting the chiefs and receiving words of encouragements from them, some queenmothers offered Nana Addo the wrist Beads; a customary way of welcoming eminent guests of the chief and elders of the Akpini land, but he openly rejected the age old honour, afraid he might be harmed.

This happened in the presence of media men and NPP loyalists, who had accompanied him to Togbui Dagadu’s Palace.

The rejection, did not only anger traditional authorities in the town, but some of his followers too.

They described it as “very unfortunate”.

They could not understand why, a man they are following and campaigning for, is scared of their tradition and rejecting their offer, yet want their votes to become President of Ghana.

One of them charged, “Nana is rejecting our services and even presents from our chiefs, this shows that Nana doesn’t trust us but only begging for our votes. It means even if we vote for him, he will not put us in his plans”.

Meanwhile, his Campaign team, has tried rationalizing the incident saying, Nana Addo, wanted to accept the beads gift, but his security detail prevented him from doing so.

There is also another claim that, Nana Addo, asked one of his security people to collect the “Atsri bɔbɔ” from the chiefs and elders of the Akpini land.

However, the fact remain that, he did not allow the beads from Kpando Chiefs and elders to be put on his wrists.

Nana Addo, and his team later went to a durbar ground to address a group of people, who had gathered to hear him. But his rejection of the beads, has remained a topical issue in the town till today. 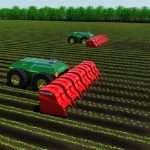