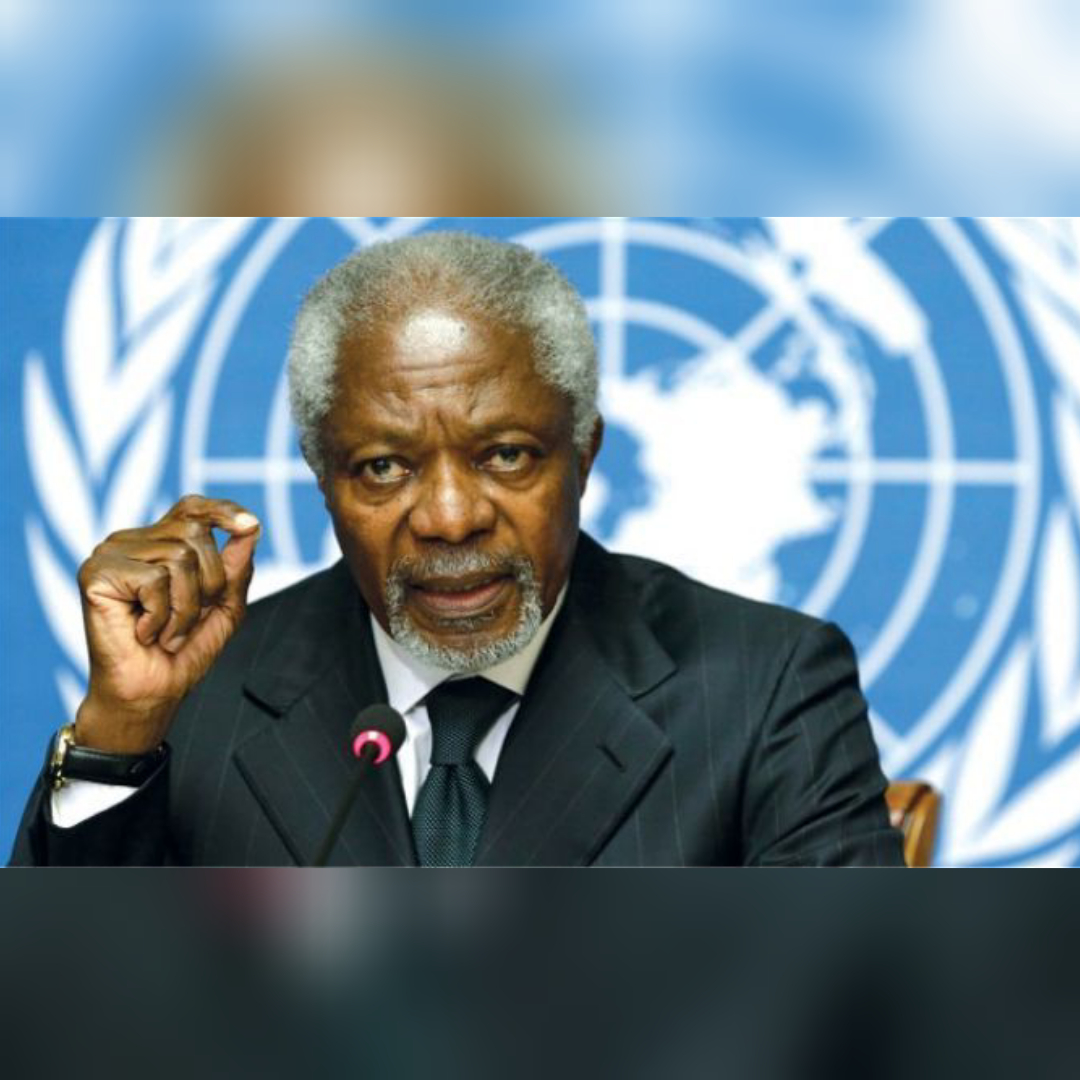 President Nana Akufo-Addo in a statement said he was “deeply saddened” by the news of Annan’s death.

“The Government and people of Ghana, First Lady Rebecca and I are deeply saddened by the news of the death, in Berne, Switzerland, of one of our greatest compatriots, Mr. Kofi Annan,” the statement said.

“…I have directed that, in his honour, Ghana’s national flag will fly at half-mast across the country and in all of Ghana’s diplomatic missions across the world, from Monday, 20th August, 2018, for one week,” the further noted.

The Annan family and the Kofi Annan Foundation confirmed his death with “immense sadness” in a statement posted on Twitter.

“It is with immense sadness that the Annan family and the Kofi Annan Foundation announce that Kofi Annan, former Secretary General of the United Nations and Nobel Peace Laureate, passed away peacefully on Saturday 18th August after a short illness,” the opening paragraph of the statement read.

The UN Migration Agency tweeted: “Today we mourn the loss of a great man, a leader, and a visionary.”

Annan was the 7th Secretary-General of the UN and is the founder and chair of the Kofi Annan Foundation.

In 2001, he and the United Nations were jointly awarded the Nobel Prize for Peace. Kofi Annan was praised for being “pre-eminent in bringing new life to the organization.” (Norwegian Nobel Committee, October 2001).