Deputy Education Minister Samuel Okujeto Ablakwa says NPP flagbearer, Nana Akufo-Addo’s decision to chicken out of an invitation to debate President Mahama is a testimony of the long held view among the generality of Ghanaians that Nana Addo is no match for the President.

He said unlike Nana Addo, president Mahama is very much on top of his brief to the extent that he (President Mahama) is rather having to chase Nana Addo for a debate which is unprecedented.

The Deputy Minister said he believes Nana Akuffo Addo is not interested in debating president Mahama for fear that the numerous falsehoods he’s peddling will be exposed through such an exercise.

“This is a significant development in our country’s democratic journey because this is the first time a sitting president is rather requesting for a debate with his main political arch rival. This has never happened before and I think the president has to be commended for that. This shows president Mahama is on top of his brief, he is confident, and more important is very clear in mind where Ghana is at the moment and where he intends to take this country.”

President Mahama who had turned down an IEA proposal for a debate between him and the opposition leader has over the past few weeks been pushing for a one-on-one challenge with the three-time flagbearer.

He told the Volta Star in an interview Thursday that such a debate will enable him and Nana Addo to justify the claims they are both making on the performance of the economy.

But the NPP has described the President’s call as hypocritical. They argue the President should have taken up the IEA debate request if he was interested in debating their candidate.

Spokesperson for the NPP presidential candidate Mustapha Hamid has told the media they are not ready to debate the president now since their focus is on the campaign.

According to him the president cannot pick and choose when and where he wants to have a debate with Nana Akuffo and expect that everything will come to stand still just to accept his invitation.

But speaking on good morning Ghana on Accra based Metro Tv, Mr Okujeto Ablawka said the NPP’s excuse is untenable because the president has never said he will never debate Nana Addo. He explained that the decision not to participate in the IEA debate was a party decision because the party had issues with the platform.

“We never said we will never debate Nana Addo. The IEA didn’t organize the debate well in our view and so we decided not to participate. How can that be interpreted to mean that we run away? There are other equally qualified state agencies that are capable of organizing a debate and as we speak we are getting a lot of invitation from other organization including some faculties at the University of Ghana who have formerly written to us for our participation in a debate. Why does it have to be the IEA as if to say they are the only institution capable of doing it” he said.

He adds that the NPP must admit their party’s flag bearer doesn’t have what it takes to debate the sitting president and no amount of excuses will justify the decision not to participate.

“Like I said Nana Addo has only confirmed the long held perception that he can’t debate president Mahama and so has only found an excuse to chicken out of such an important exercise. The man has been going round peddling all kinds of falsehood about the president and his administration and now that he has an opportunity to come and correct these misinformation he is running away? It’s a bad decision in my view” 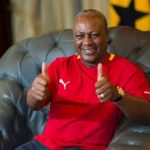 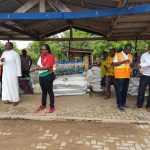