While, the NPP Overlord, will address his supporters in his usual town hall rally today inside the Ghana College of Physicians and Surgeons dubbed, “The Real State Of The Nation”, Dr. Bawumia, has been in the Wa Municipality of the Upper West Region, visiting schools all in an effort to undo President Mahama’s claims that, his government has improved basic education in the country with nearly 60, 000 pupils now in the classroom.

In one of the towns visited by Dr. Bawumia in the Lawra-Nandom Constituency, kids were seen gathered around a couple of desks under trees along a dusty road with blackboard in front of them. There was no class teacher. The pupils were not of the same age; some looked 10 to 11, while others appeared as little as age one and two.

Some of the pupils, were shirtless, while others wore multi-colured clothes, and appeared to have been called to pose with Dr. Bawumia for the pictures. Amazingly in this particular school, the blackboard looked fresh and unused. Indeed, the blackboard had the inscription “Sri 7, Kannon”.

There was also 23/2/16, written on the blackboard, meaning last Wednesday was the last day the school had a session. It was, however, unclear what Dr. Bawumia’s visit in the company of Anthony Karbo, was actually on that day or the people forgot the actual date.

Dr. Bawumia, visited another school, where the pupils were seen in the classroom reading, while lying prostrate. The NPP running mate, immediately ordered school furniture for the 500 pupils of Kperisi Primary, after taking several pictures with the kids and a lady, believed to be the head teacher.

He quickly posted on his Facebook wall that, he had visited the school on Friday, and saw over 500 pupils in the Kperisi M.A. Primary School in the Wa Municipality lying on the bare classroom floor to write due to lack of furniture. Headmistress of the school, Rosina Diedong, was claimed to have disclosed to the media that, the pupils suffer waist problems, as a result of lying on the floor to write.

Dr. Bawumia, had taken a political advantage of a Joy News story by Rafiq Salam that, the pupils of the school were lying on the bare classroom floor to write, because of lack of furniture. It was unclear, whether the news was planned to coincide with Dr. Bawumia’s visit and the state of the Nation Address by President Mahama.

Meanwhile, reports are that, the Wa Municipal Chief Executive (MCE), Alhassan Nuhu Putiaha, has long ordered for desks for the pupils with only two classrooms in the school remaining. Other pupils of the same school, have already received their desks.

Interestingly, both Nana Addo and Dr. Bawumia, were officially invited by the Public Affairs Directorate of Parliament to the national event, but they didn’t show up. http://ghanapoliticsonline.com

The Acting Director of Parliament’s Public Affairs, Kate Addo, revealed that an official invitation was sent to Nana Addo, which was received by a lady named Mavis who works in his office.

Kate Addo, was refuting claims that the “NPP overlord” was not invited to the event. http://ghanapoliticsonline.com

Commenting on a notice served by Nana Addo, that he was holding his “The Real State Of The Nation”, the Managing Editor of the Insight Newspaper, has cautioned the NPP to be guided by the interest of all Ghanaians.

Kwesi Pratt, said the NPP has every right to present its own views about the state of the nation, but reminded them of the need to do so cautiously.

Speaking on Radio Gold’s news analysis programme ‘Alhaji and Alhaji’, the veteran journalist, said on Saturday that
“I think it is a useful exercise, but I do hope that it will be guided solely by the national interest, based on the truth and that it will not become another election year gimmick to hoodwink the people of Ghana.”

Mr. Kwesi Pratt, believes that the only way the NPP, will make an impact with its presentation is to be circumspect.

“The people of Ghana know what they want…they know what is right, they are discerning and can evaluate all of these different state of the nation addresses and come to their own conclusions.

“It is within their right to do it and I have no problem with it but it ought to be done in order to elevate the discussion to a point where all of us a demonstrating significant maturity. To the point where it can be said that our politicians are focused on bread and butter issues, kenkey and fish issues of our people,” he added. 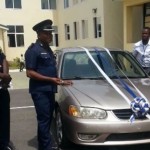