The developments in Taraba State since the governorship election have been very interesting.  First was an election that was marred by irregularities and even before that some candidates did not satisfy the provision of the law to contest the position, as was evidenced in the PDP, which did not conduct Primaries.

Now, all that have come and gone and the major issue is how to move from that point; to right the wrongs while taking into cognisance the peculiarity of the state in question.
Several people may postulate different theories, but one thing we must look at carefully is the implication of the ruling on the governorship election in the state which is currently before the Supreme Court.

Many people talk about the fact that state is bedeviled by crisis but not many have paused to look critically at the problem; as in what may be the underlying problem behind the surface problem. It is worthy of note that since the creation of Taraba State, they have never had a Muslim governor, despite the sizable number of Muslims in the state.

That development has caused a particular group to feel marginalised, and that in itself is an ingredient for violence. Many people in the state do not feel that they are part of the Taraba  dream/ project and as such feel that they have nothing to lose if the state remains in crisis.

So, if we are looking at permanent peace in the state; now is the right time to make it happen; by allowing Aisha Alhassan of the All Progressive Congress to be governor of the state.

As by so doing that, no part of the state will feel marginalised, just as it every part of the state would be breaking a jinx that would in the long run have a positive impact on the state and country.
During the George Akume’s administration in Benue, a state neighbouring Taraba, they had a woman as Speaker of the House of Assembly  and that development boosted the nation’s democracy with many countries in the West hailing Nigeria for coming of age.

Since Nigeria’s independence, it has never had a woman governor; if Taraba in the conservative northern region can blaze the trail by producing not only a Muslim but also a female governor, it will be a big plus for not just the region but the country.   It is indeed time to quench the rising tide of anger among the various tribes in the state.

And as a woman,  Hajia Aisha Alhasan is capable of uniting the state and putting to rest the age long problem which had hampered development. During her campaign, she was able to penetrate all parts of the state and that is an indication of the level of acceptance and support she enjoys.

She also proved to the women folk that they can achieve whatever they set out to through determination. Therefore, upholding the tribunal ruling which returned Aisha as winner of the election will in no little way boost the nation’s democracy and the lot of women. It will give more women the confidence to venture into politics also.

I urge the judges of the Supreme Court, who at this moment are the last hope of the Taraba people to experience Change, to be a part of history by delivering a favourable judgment.
Steven Ishaya wrote from Takum 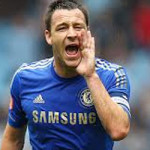