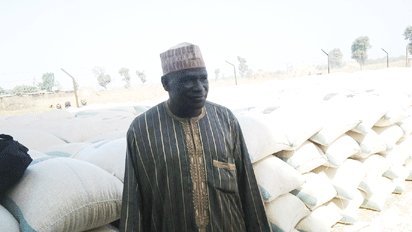 Bala Emmanuel and Mary Dauda were just like any other farmers in Rafin Tabo Village near Zaria in Kaduna state as they work hard yearly cultivating maize on their farms but get  little in return in terms of yields at harvest time. Why were they not getting high yields? The answer lies in the fact that they were using farming methods passed on to them by their parents, methods which were sometimes at odds with internationally-recognized best practices and many times detrimental to the success of their farms. Most of the inputs they needed to get good yields from their farms were not readily available to them and where they were available they were too expensive. They lacked access to quality inputs at very good price; they lacked good knowledge of agronomy practices as well as capital needed to increase their holdings and farms on a larger – and more profitable – scale.

But all that  changed the day they both joined Babban Gona , a Franchise Model which essentially provides small holder farmers access to required investment capital , in addition to providing a comprehensive suite of agricultural and marketing services along the entire agricultural value chain. This subsequently results in a dramatic increase in profitability, incomes and eventually living standards.

Speaking with this reporter during a visit to one of the collections centres in Kaduna state, Emmanuel Bala revealed that “Great Farmer, as Babban Gona rightly means in  Hausa language, was a solution to his harvest shortfalls as he was taught better cultivation method when he enrolled with the scheme. “Cultivating crop on a hectare of farm land led to a bumper harvest of about 40 bags of grain as against earlier results of between 10 and 20 bags of grain. Now, cultivating a larger expanse of land with the use of technology provided, I produce about 40 bags of grain. I produce a lot more.”

Bala explained that Babban Gona provides farmers the appropriate balance of agricultural inputs, at the right time, applied in the right way, at highly competitive prices. While urging other farmers not yet in the Babban Gona scheme to enrol , Bala said through the provision of aggregation and post harvest storage services to franchise farmer organizations, that they have been able to minimize post harvest losses and access premium price markets which has enabled members to significantly increase their incomes.

He called on government  to replicate what the Babban Gona is doing in order to increase the profitability of small holder agriculture, which will in turn create market forces that will draw millions of young people into the agriculture sector to seek their fortunes. For Mary Dauda, there is no regret joining the Babban Gona in 2012 as what she now makes from cultivating maize has not only improved her living standards, she and her husband, who is also a member, have been able to send their children to good school.

Before joining the group, the 35 year old woman and mother of seven said she laboured to get 10 bags of maize on her farm which made her unhappy as she barely made any appreciable profits after sales, but all that changed in her first year of joining the group. Mary Dauda disclosed that after the first year as a member of Babban Gona that her yield for the year was 15 bags and this increased to 20 bags the following harvest season.

“I am so happy today because all that people were saying to prevent me from joining this organization never worked, and I would have regretted by now.” She said being a member enabled her to enjoy the full suite services offered by Babban Gona as she had access to a trained agronomist and extension officers that provided her and others advice and training on tried-and-tested planting techniques.

This support – coupled with the high-quality inputs seeds, fertilizers and herbicides received from Babban Gona – made her eager to harvest her crops. For the first time, Mercy was able to sell her maize directly to a company as oppose to a middleman who often time took advantage of her and her fellow farmers. The quality of her maize and that produced by other Babban Gona members attracts off-takers that are willing to pay a premium.

In light of this, Mercy Dauda was able to pursue her dream of cultivating quality maize. “Babban Gona gave me quality fertilizer and good seeds at an appropriate time without delay”, she recalls, a move that changed the fate of her farm. This season, she gained an unprecedented yield and saw her income increase threefold when the maize was sold . With a change in her financial situation, she was able to send her children to good school.

Today, she enjoys the company of her husband, who has joined the Babban Gona group. Speaking on what they have been able to do in bringing over 2,500 members into Babban Gona  operating in 700 groups, Samuel Oloko , the Senior Member Services Supervisor, said though they are having problem convincing farmers to join the group, because of failure on the parts of others.

In 2012, when Babban Gona started it was working with 100 farmers, by 2015 this had grown to 2,500 farmers and in 2016 the Model is hoping to be working with 7500 farmers. As Babban Gona continues to grow, it spreads optimism and hope among smallholder farmers, and demonstrated that when given the right tools, knowledge, and support, smallholder agriculture can be an activity that helps people grow. But, he said they are happy that they have been able to meet the set target of helping to elevate the status of smallholder farmers in the states they operate.

How AGRA is involved in the Babban Gona Model

AGRA’s support to the project covers two key areas. First, supporting the development of a comprehensive training and development program called “Farm University”, increasing the capacity and scale up of Babban Gona extension officers – known as MIKs – to ensure farmers get access to good agronomic advice during the growing season. In addition, the Farm University program invests in increasing the capacity of the leadership of Babban Gona Trust Groups, increasing their capacity to lead their grass roots level farmer cooperatives.

Second, support the establishment of 50 farmer-learning centers, where farmers can learn about Integrated Soil Fertility Management (ISFM), best-practice use of organic and mineral fertilizers and the benefits of improved seed. In addition, the learnings from these farmer learning centers are integrated into enhanced agronomy programs and new crop programs, enabling members to diversify their farming operations.

Building from AGRA’s initial support of US$ 300,000 in 2012, Babban Gona’s success has attracted the support from a number of new partners including the Bill and Melinda Gates Foundation, Rockefeller Foundation, DIFID, Skoll Foundation and Nestle. This extra support has given Babban Gona the resources it needs to expand the model and service even more farmers, with the group setting an ambitious goal to service one million farmers by 2025. 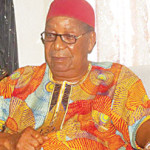