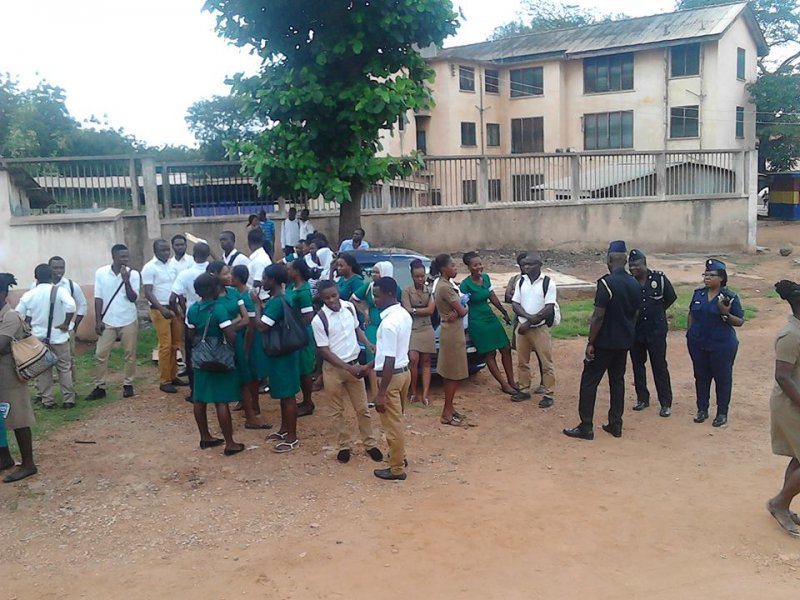 Scores of nurses and midwives who picketed at the seat of government – the Flagstaff House – Monday morning have dispersed.

The government officials promised to address the concerns of the over 5,000 nurses and midwives who have completed their studies, but are yet to be posted by the close of week.

According to the Deputy Finance Minister, clearance letters will be released for the aggrieved trainees to be posted.

The agitating nurses who pitched camp at the Presidency vowed to remain there for nights until they get answers from President John Mahama. They contend their colleagues from private health schools have all been posted, leaving them to their fate even though they are bonded by government.

Starr News’ Ibrahim Alhassan reported the leadership of the nurses had earlier rejected a proposal by the President of the Ghana Registered Nurses Association Kwaku Asante Krobea to abandon the protest and report at the secretariat for a resolution.

Some of the nurses who spoke to Starr News said they would not hesitate to picket at the seat of government again if the promise is not honored.