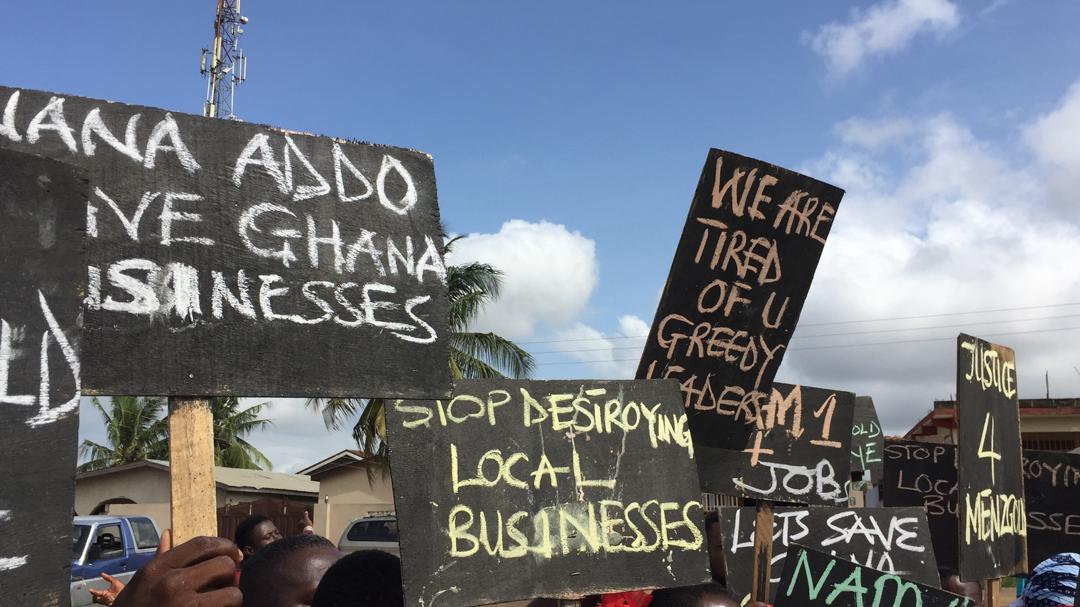 Aggrieved customers of the defunct gold dealership firm, Menzgold Ghana Limited, have called on Parliament to investigate circumstances leading to the closure of the company.

The customers said despite going to court to seek redress, they are unable to retrieve their investments at Menzgold.

According to the Spokesperson for the aggrieved customers, Fred Forson, Parliament must probe the bank accounts of the Chief Executive Officer (CEO) Nana Appiah Mensah, also known as NAM1.

Addressing the press, he said “We call on Parliament to investigate the closure of Menzgold including the role played by SEC and EOCO as well as the bank accounts of the CEO and board members of Menzgold and Brew Marketing Companies. The whereabouts of some 4000 kilograms of gold assets should also be investigated.”

“Ghana should as a matter of urgency treat the unresolved Menzgold issue as an emergency national catastrophe. We call on the government in the spirit and within the wind of cooperation blowing in parliament to work closely with the august house to find an amicable solution to this conundrum that customers find themselves. Finding a solution will end the extinction of over a million Ghanaians whose lives and very existence have been shut with the shutdown of Menzgold,” he added.

Most of the customers blamed their predicament on the tango between Menzgold and the SEC and the Bank of Ghana (BoG).