The suspended Chairman of the opposition New Patriotic Party (NPP), Paul Afoko, has commended persons who picketed at the party’s headquarters on Thursday demanding his reinstatement.

“I commend those who poured onto the streets of Accra in defense of our party constitution for their bravery, love for unity and the rule of law,” a statement by Mr. Afoko’s spokesperson said.
Hundreds of NPP members thronged the party’s head office to condemn the suspension of Paul Afoko from his position.

The protesters also demanded that the General Secretary of the NPP, who is a supposed ally of Paul Afoko, be allowed to discharge his duties without interference.

The statement, signed by Nana Yaw Osei, Mr. Afoko’s spokesperson, said the zeal exhibited by the protesters moving on into 2016 could help the party wrestle power from the National Democratic Congress.
“I have always maintained that whatever is happening in the NPP against the National Chairman, Mr. Paul A. Afoko, is not against his person but rather an attack on our party’s constitution.”

He also “commended the organizers for putting together an incident-free public event like what we saw on TV and heard on radio.”

“If we can exhibit such bravado in love and unity, there is no way the NPP cannot win next year’s general elections,” the statement added.

In a related development, confusion over the picketing at the party’s head office has subsequently resulted in the death of a member of the party in the Asawase constituency in the Ashanti Region.

Abubakar Saddiq, 37 years, was stabbed to death when he and others allegedly threatened to beat the NPP Asawase constituency chairman, Mr. Brenya over comments he [Mr. Brenya] made in support of Paul Afoko. 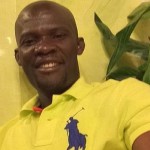