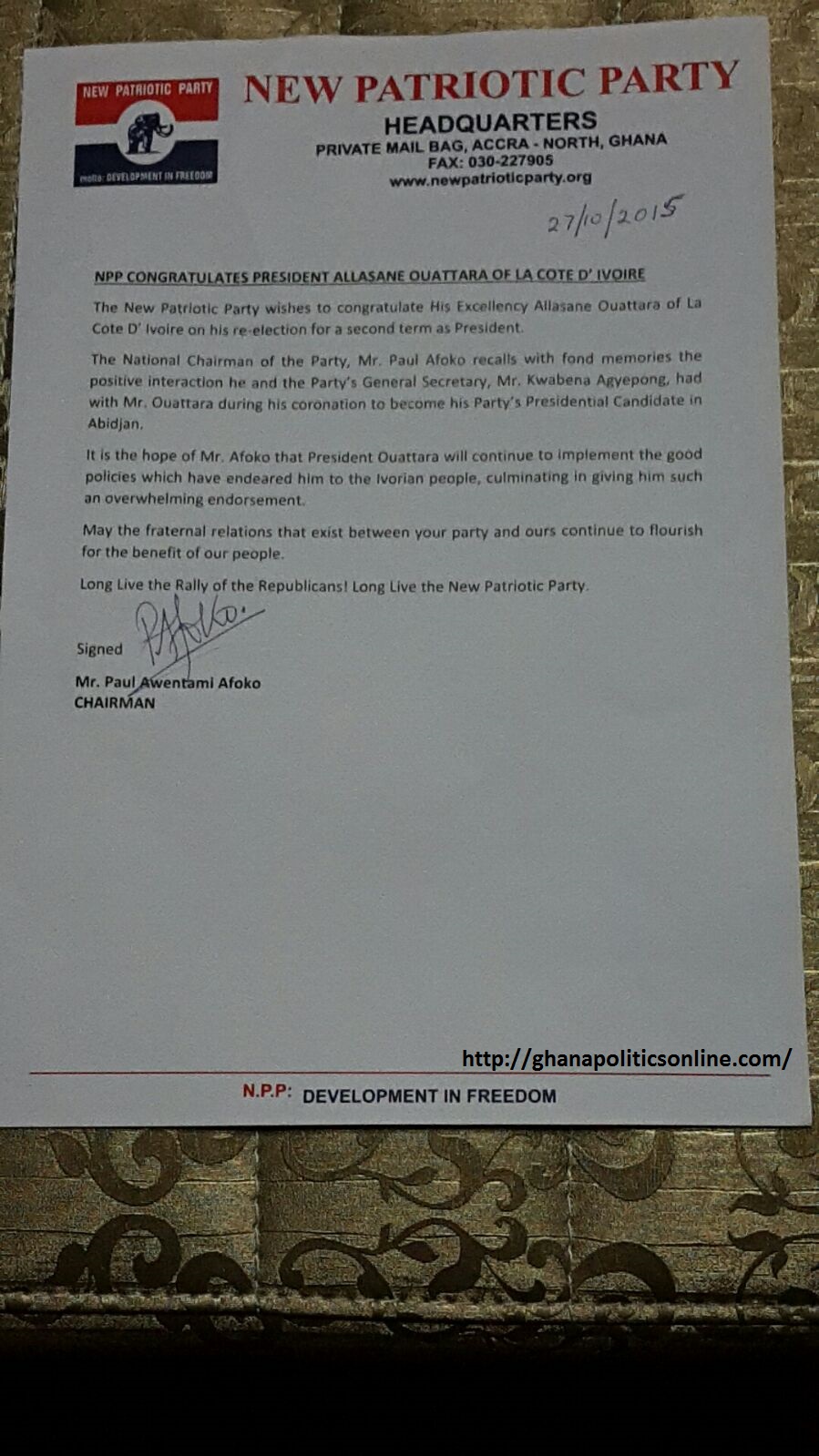 In an apparent move to demonstrate his determination to call the bluff of the National Executive Committee, Mr. Afoko signed and issued a statement on behalf of the NPP Tuesday.

The NEC of the party unanimously endorsed a recommendation by the Disciplinary Committee to suspend the National Chairman.

This was based on two separate petitions filed by two elders of the party – Alhaji Sulemana Yirimea and Alhaji Aminu.

They both accused the chairman of misconduct and demanded sanctions against him.

After the decision of NEC, Mr. Afoko’s lawyers and spokesperson insisted he remains the legitimate chairman of the NPP and called the process to suspend the chairman ‘a sham’

To prove that point, the suspended chairman issued a statement saying, “The New Patriotic Party wishes to congratulate His Excellency Alassane Ouattara of La Cote d’Ivoire on his re-election for a second term as president.”

Curiously, the statement, even though signed by Mr. Afoko himself, quotes him as recalling with fondness, some moments he shared with the Ivorian leader.

“May the fraternal relations that exist between your party and ours continue to flourish for the benefit of our people,” the statement noted. 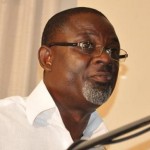