The Minister of State at the Presidency Elvis Afiyie Ankrah has denied media reports that he blew cash on strip girls at the popular Nite Club during his recent visit to the UK.

Mr. Ankrah admitted he was in the UK, but said he traveled there purely for party activities discounting claims he was at a club where he showered cash on the said strip girls.

He described the story as the figment of the rather fertile imagination of some unscrupulous political saboteurs who are threatened by the unprecedented levels of the evidenced-based developmental projects chalked by President John Mahama and the NDC Government.

Read His Response Below:

I was in the UK recently to speak at the inauguration of two new branches of the NDC in Sheffield and Hull and my attention has been drawn to a FALSE story widely circulating on social media about me and Hon. Ofosu Ampofo under the above heading. Under very normal circumstances, I will not spend valuable time and space in responding to a totally mischievous fabrication by a non-existent newspaper.

The story is nothing but the figment of the rather fertile imagination of some unscrupulous political saboteurs who are threatened by the unprecedented levels of the evidenced-based developmental projects chalked by President John Mahama and the NDC Government; coupled with our unwavering commitment to spread the news of such a solid legacy to Ghanaians both home and abroad. Such feeble political distractions will not dissuade me from working even harder.

There are pure and unadulterated facts about this fabricated story and my engagements in the UK which are as follows:

1. It is worthy to note that there is no newspaper in the UK or anywhere in the world called the Hull Sunday Observer; IT DOES NOT EXIST! I would not have hesitated to slap such a newspaper with a hefty defamation suit which would threaten its own survival and existence. The author(s) of the story, knowing very well that they were spewing nothing but concocted lies, conveniently decided to hide behind a non-existent media house.

Apart from it being childish, it also smacks of great cowardice. Unfortunately for such malicious ghost writers, their lies cannot stand after the facts are laid bare.

2. At the Sheffield and Hull programme, Hon. Ofosu Ampofo left around 6:30pm in the company of Ambassador Victor Smith back to London. Indeed he conducted the swearing-in ceremony for the executives of the two new branches, gave a short speech which was followed by the High Commissioner’s speech after which both of them joined an express train from Sheffield to London.

3. I later made my presentation after they (Ofosu Ampofo and the High Commissioner) had left the programme venue. I immediately retired very early to bed in order to rest, owing to my flight from Accra to London and the long drive from Heathrow airport to Sheffield. I later joined the early morning train to London the next day.

Therefore, Ofosu Ampofo and I did not and could not have spent the night in Sheffield as the false story deceptively sought to purport.

Those behind this unintelligent fabrication should bow their heads in shame and disgrace.

4. I wish to state unequivocally that the story is an ABSOLUTE FABRICATED LIE which has been deliberately manufactured with the wicked intention of creating public disaffection for me and other State officials. In our part of the world where such rumours eventually become a perception, it is important to dispel them with the facts and expose those faceless mischief makers who hide behind social media to perpetuate such despicable acts of telling wicked lies without shame.

One wonders why such reprehensible acts of media terrorism and discreditable stories have been consistently targeted at my person.

5. I wish to assure the Public and the NDC fraternity worldwide once again, that this story is emanating from the disgraceful conduct of devious and crooked political detractors and it has no resemblance to any iota of truth as the facts show. I therefore urge the discerning Public to disregard this fictional, bogus and counterfeit news which originated from a phoney and non-existent newspaper. 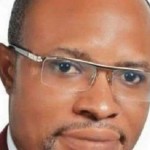