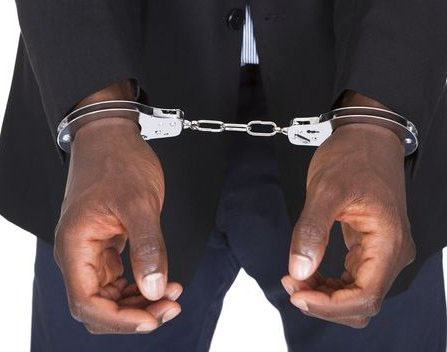 The Member of Parliament for Efutu in the Central Region, Alexander Afenyo Markin, was over the weekend arrested by the police Criminal Investigation Department (CID) in connection with a leaked tape implicating him for extortion over the Agriculture Development Bank’s IPO saga.

His arrest followed a petition filed by three National Democratic Congress (NDC) activists to the Inspector General of Police, the Criminal Investigation Department and seven other organizations to investigate the leaked tape.

Afenyo-Markin, who sought an injunction against the controversial ADB IPO, is alleged to have been bribed with $400,000 by some interested groups to back down from the writ he had filed at the Supreme Court to frustrate the planned IPO.

In the incriminating tape, Afenyo Markin was said to have ordered that some of the money was to be wired through his sister’s account and if all his demands were met, he would comply by staging a phony “legal gymnastics” in court, so the case is thrown out.

Information available to DAILY GUIDE indicated that Mr Afenyo Markin was detained for several hours before he was granted police enquiry bail to be reporting daily.

A police source at the CID headquarters hinted that the bail application was to the tune of GH¢500,000 with two sureties.

He was said to have gone to the police last Saturday in a company of his lawyer and two others.

“His statement was taken after which the police granted him bail to report daily,” the source revealed.

The police source narrated that they (police) acted on a petition filed by the three activists, including Dzifa Gunu, Stephen Atuk and Fred Adomako Williams and copied to the Inspector General of Police, Attorney General’s Department, the General Legal Council and seven other organizations to investigate the matter.

Acting according to the law, the police source said, the police then wrote to the Speaker of Parliament to release the MP to assist them to investigate the matter.

It is however, not clear if the MP reported himself or was asked by the speaker to report to the police.