Zakkuor claims Afede has neglected the club’s former executives in his current administration.

Zakkuor was also opposed to the appointment of Japanese coach Kenichi Yatsuhashi at the helm of the Phobians last October.

“We’ll make sure the time will come when he himself [Afede] will give up,” Zakkuor told Boss FM.

“I learnt he has not been paying the players and the workers at the secretariat.

“He will run away himself because his style of leadership is not what is needed to run a club like Hearts of Oak.

“We will make sure he will leave by himself.”

Zakkuor also criticized Hearts’ lack of quality signings ahead of the 2015-16 Ghana Premier League after a disappointing outing last season.

Hearts finished on the 13th spot, a place above relegation.

Yatsuhashi lost all his three preparatory matches played so far ahead of the new season.

Zakkuor was the Accra-based side’s board chairman when they lifted the 2000 Caf Champions League and Super Cup titles. 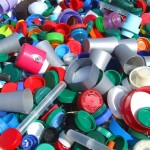