The Electricity Company of Ghana has explained that additional charges on electricity tariffs are meant for developmental projects.

Starrfmonline.com on Thursday revealed that power consumers are being charged 69% in electricity tariff instead of the 59.2% recent upward adjustment announced by the Public Utilities and Regulatory Commission (PURC).

A letter in the possession of Starrfmonline.com states that apart from the 59.2% increase, PURC directed the Electricity Company of Ghana, to charge an additional 10%, resulting in a cumulative hike of 69% beginning 1st January, 2016.

The letter signed by the Executive Secretary of the PURC Samuel Sarpong added that the charges comprise a 5% increase approved by Parliament for a street light levy and another 5% billing for the national electrification charge.

However, speaking on Morning Starr Friday, Daniel Adjei Larbi, Deputy Public Relations Officer of ECG said there is nothing wrong for government to slap Ghanaians with additional taxes to develop the nation.

“We need developments and government should find sources of revenue to match developments so I don’t think it is wrong for citizens to be slapped with taxes,” Mr. Larbi told host Nii Arday Clegg. 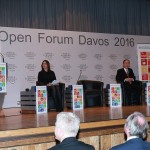