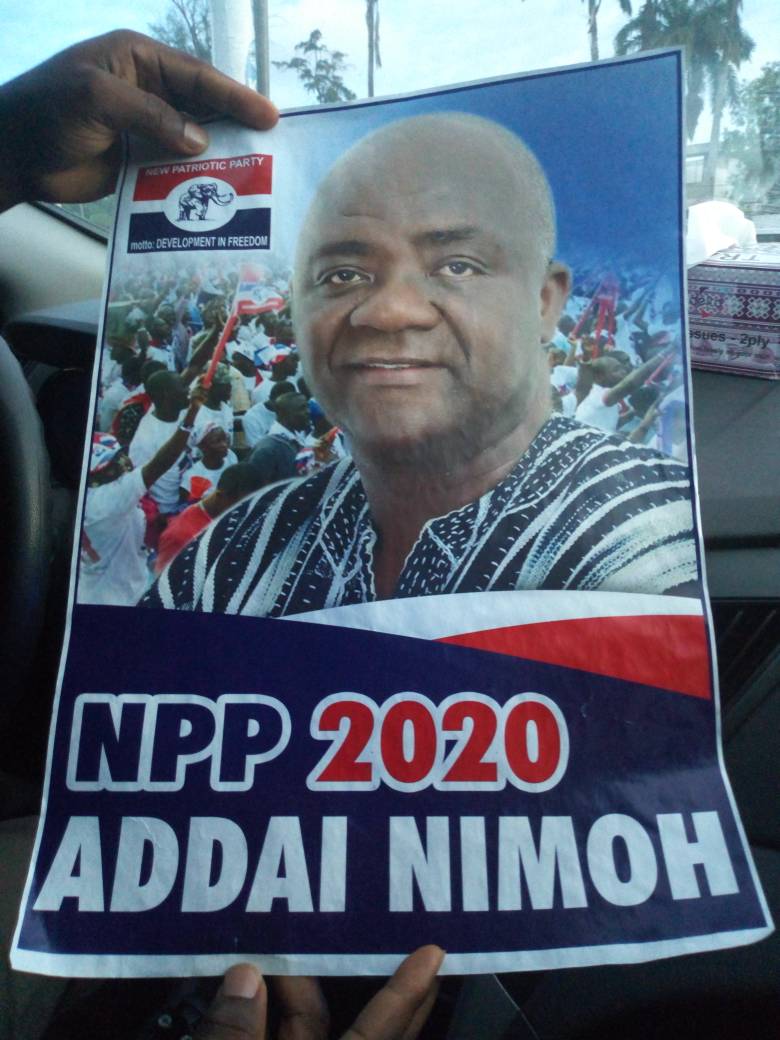 Tensions are set to rise within the ruling New Patriotic Party,following the sudden emergence of posters bearing the picture of former Mampong MP,Addai Nimo that seem to promote his candidacy for the flagbearership of the NPP.

The posters which bear the inscription “NPP 2020 ADDAI NIMO and appear to mark the beginning of an internal contest,are likely to ruffle feathers within the party and the Jubilee House in the wake of reports that the party’s leadership will not permit President Akufo Addo to be contested internally in the run up to the 2020 elections.

It also adds up to uncertainty about the elderly Akufo Addo’s availability for the flagbearership slot of the party.

The President has failed to publicly disclose his political future leading to speculation that he may not seek a second term.

The emergence of Addai Nimo’s posters may be interpreted as an attempt by the Ashanti faction within the party to pre-empt efforts to field loquacious Vice President Muhammadu Bawumia in the stead of Akufo Addo if the latter fails to run in 2020.

There are also fears that Addai Nimo’s candidacy will throw the NPP into further confrontation akin the blood letting the ensued following disagreements between Akufo Addo on one hand and the then National Chairman,Paul Afoko and General Secretary,Kwabena Agyapong on the other hand,in the run up to the 2016 elections.

It remains to be seen how the NPP will handle the sudden to turn of events.