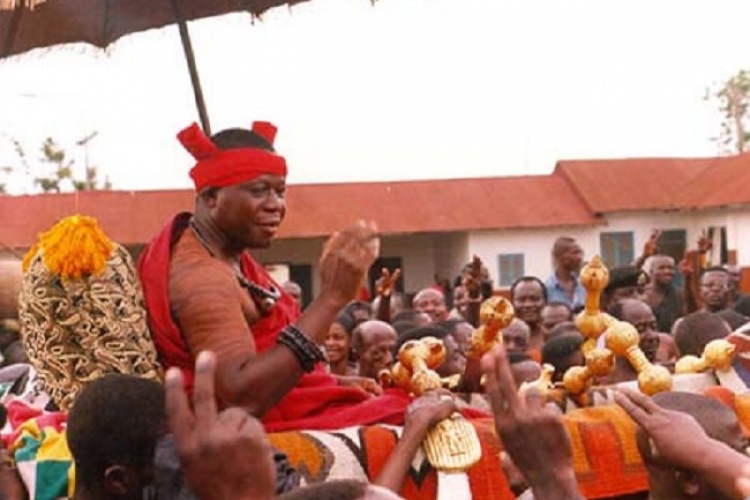 The Asantehene, Otumfuo Osei Tutu II, has called for value addition to all Ghana’s natural resources to make them competitive on the international market to strengthen the economy.

He said the reason for the current trade imbalances was as a result of the continuous exportation of the country’s resources in their natural forms without the pursuit of adding value to them in order to make them competitive on the international market.

According to the Asantehene, the way forward was for Ghana to industrialise and focus more on export than the over reliance on the importation of all manner of goods into the country.

The Asantehene made the call when the management and board of Eximbank called on him at the Manhyia Palace in Kumasi last Friday.

Otumfuo also stated that it was not the responsibility of the government to create jobs but rather support the private sector through the creation of enabling conditions for the latter to thrive and create employment for the people.

He said the Eximbank was one of the institutions that could complement the government’s efforts by putting up the needed infrastructure for the private sector to grow.

The Asantehene, however, called for regular monitoring of Eximbank support to the various sectors to ensure prudent management.

The Chief Executive Officer of Eximbank, Lawrence Agyinsam, announced that plans were afoot for government to site one of its biggest factories in Kumasi as part of its policy to transform and expand the economy.

He said government was ready to commit between $5 to $10 million in what would become the Ashanti Region’s biggest factory.

Mr Agyinsam also hinted that about 34 projects, including some One-district, One-factory projects, had been approved by the bank for a take-off.

The Board Chairman of Eximbank, Mr Kwadwo Boateng Genfi, said the bank would help reform the economy with timely and strategic interventions across the country.

The Eximbank, an amalgamation of three companies; Edith Bank; Export Finance and Exim Guarantee, which is helping to add value to 10 agriculture produce, is also supporting the government’s flagship programme; One-district, One-factory.

The support includes making the poultry industry more viable, enhancing the pharmaceutical industry with $50 million, expansion and growth of cashew and oil palm production and an investment of GH¢15 million in cassava seedlings to produce starch for export as well as value addition for the production of shea butter.