Lawyers for the 22 Circuit Court judges and magistrates, who have been implicated in the judicial scandal, are demanding that journalist, Anas Aremeyaw’s Anas, be cross examined without his disguise.

The lawyers say they will petition the court to have Anas remove his mask in open court.

The renowned journalist is known for his disguises which he uses as a tool to help him uncover wrought in many of his investigative pieces.

Anas Arimeyaw Anas in one of his many disguises

Many Ghanaians have supported Anas’ modus operandi and encouraged him to do more, but the demands of the judges will mean he will be exposed to the whole world and this could compromise his other works and put him in danger.

However, the lead counsel for the 22 accused judges and magistrates, John Ndebugri does not care about that and according to him, he needs to cross examine Anas without his mask.

“You can’t see his face and the rules don’t allow that. The demeanour of the witness is very important,” he argued in an interview with Citi News.

“… Where you have come and concealed yourself behind all sorts of things, I cannot see your demeanour and those who are the ones investigating cannot see his demeanour…. I will not cross examine a person who is hooded,” he insisted.

However, the sitting judge could also accept a plea from Anas’ lawyers to hold those cross examination sessions in camera, without exposing Anas. 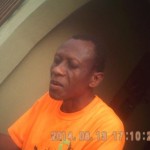