The Police in Abuakwa Koforidua in the Eastern Region have arrested a sub-chief in connection with the shooting of another chief in the area, Nana Adusa Gyapong.

The deceased was reportedly shot and killed by some unknown assailants on Monday at his construction site in the town.

According to the Abuakwa Police Commander, Superintendent Joseph Anyaaba, the suspect, Nana Sanaahene of Abuakwa Koforidua was arrested in the early of hours of Tuesday and is currently assisting the Police with investigations.“We have arrested Nana Sanaahene also known as Nana Kwaku Nkrumah. Through our own intelligence, we arrested  him at Abuakwa around 10: 00 oclock.We are aware there is a land dispute at Koforidua but we don’t want to concentrate on that assumption…,” Supt. Anyaaba confirmed.

Updating Citi News on the development, Superintendent Joseph Anyaaba said there was initially an uneasy calm in the area following the incident but was quick to add that the area is “now secured and safe.”

“We are doing our day and night patrols in the area so the place for now is secured and safe.” 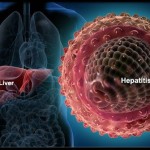