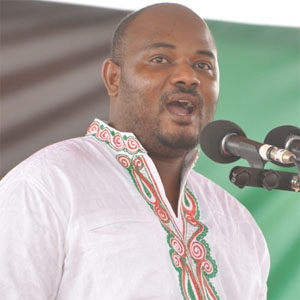 The team, led by Frank Davies is expected to raise issues of contention, anomalies, and miscalculations contained in the EC’s filed documents.
EC submitted five medium size jute bags filled with documents suspected to be NHIS registrants to the registry of the court per the Supreme Court’s order given on June 23, 2016.

The SC’s order was in reaction to a case of interpretation brought before it by Abu Ramadan over the court’s earlier decision made on May 5 ordering the EC to take immediate steps to rid the electoral roll of undesirable names namely, names of minors, ghost names and persons who registered with the NHIS cards.

Abu Ramadan headed back to court seeking interpretation because the EC, in a statement, stated the court did not order it to delete names of NHIS carders. This compelled the court to order the Commission to furnish it with the list of NHIS registrants and practicals steps to getting the names of the undesirable persons deleted from the Voters’ register.

Though the number of people on NHIS list submitted to the court was not disclosed on the floor of the court, the EC has said it submitted 56,739 to the apex court.

The EC document infuriated the lead lawyer for the plaintiffs, Davies who described the list as “spurious and conjured and, in the very least modest language, fictitious.”

Based on Frank Davies submission, Chief Justice, Georgina Wood asked him if he knew some people who registered with NHIS cards yet were not captured in the submitted list to which he said he knew at least ten people whose names were not recorded.

The court asked Abu Ramadan’s legal team to submit their reservations on July 4 a day ahead of July 5 ruling on the matter.
Speaking to Joynews ahead of the deadline, the outspoken former PNC youth leader hinted: “We will be back to court to raise the issues that we have with the papers the EC filed.”

He underscored many Ghanaians have had issues with the documents filed by the EC, saying it has nothing to do with him.

Mr Ramadan did not understand why the EC will swear an oath to tell the truth only to end up lying and misleading the court.
“If you say millions and come to court and give us less than hundred thousand, less than seven percent of the total number of voters doesn’t it amount to lying?” he asked.

Speaking of himself, he said: “The only role I played is to look at the list they have presented and tell them that I was looking out to see if A, B, C, E, F but the names are not coming.”

Meanwhile, the chief Justice, Georgina Wood, has asked Christians to pray for peaceful elections as the marches into the November polls.
She made the call at the 25th anniversary of the Revival Restoration Assembly of God church over the weekend. By- Joyfm