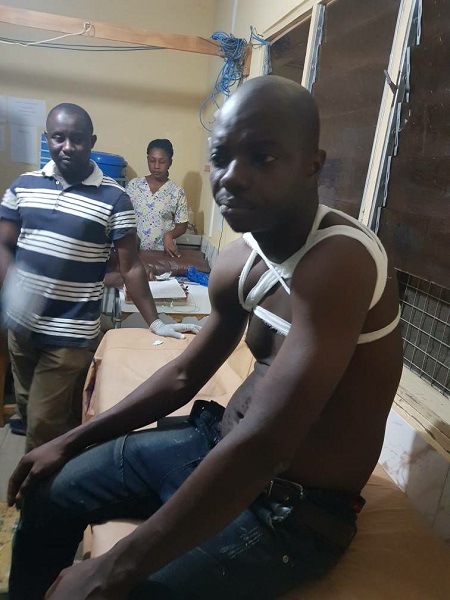 Maverick Brong Ahafo Regional Youth Organiser of the New Patriotic Party (NPP), Kwame Baffoe popularly known as Abronye DC on Saturday afternoon received the beating of his life at Atebubu where he was scheduled to meet with some executives of the party.

The controversial NPP executive who has made it a habit of attacking the Brong Ahafo Regional Minister, Kweku Asomah-Cheremeh at the least opportunity, was pounced on by some angry members of his party over some unpalatable comments he made.

Not satisfied with the beatings that nearly sent the outspoken Abronye DC into coma, the angry party supporters vandalized his vehicle.

Some good Samaritans who came his rescue rushed him to the Hospital where he currently on admission receiving treatment.

An eye witness who helped in rushing him to the Hospital revealed that he suffered serious injuries including a fractured arm and has been referred to the Komfo Anokye Hospital under police escort.

“The Doctor said his arm is broken and his shoulder has dislocated so he was referred to the Komfo Anokye Teaching Hospital in Kumasi. Another person who was accompanying him also got his share of the beatings. Abronye as we talk cannot speak and he is very helpless “, Hamza revealed. 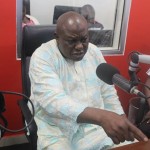