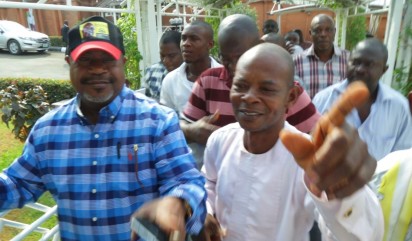 The latest of them all came from Dr. Alex Otti’s Grassroot Canvassers’ group in Abia state, who individually gathered and deemed it fit towards the extension of their support to Bourdex, having delivered the people’s mandate through Otti’s emergence.

According to the group who spoke through their chairman, Prince Oguejiofor Okoli during their courtesy visit at his country home in Abiriba, he said it would have been a holiday period for them after the Appeal Court’s judgment over Dr. Otti’s maligning during the last elections, yet, they felt the need to realign their support under Bourdex who they’ve seen as the most trust-worthy among those contesting for the plum job.

“Voluntarily, we have made up our minds to explore the nooks and crannies of Abia North; to make sure that Bourdex is hoisted by popular demand unto the Senatorial seat of Abia North in the upper chambers of the National Assembly, Abuja. As representatives and delegates from several youth organizations, we are interested in seeing him win.

“We are not making empty promises, as we are looking out for the solidification of a bond that will stand the test of time. Being aware of his kind of person, we are asking for what we will do for him to win and not what he will do for us.

“Through this social agreement, we know he will not disappoint our people. We know he will deliver. Other contestants in the race with him have all been tested, and they’ve failed us. With Bourdex, Abia North will be saved,” they enthused.

Meanwhile, Hause Cattle Traders had equally endorsed Bourdex, by noting that after a research made in the area, “the name Bourdex prominently speaks volume of an achiever and philanthropist who over the years proved his place in the hearts of his people as a human builder and supporter.

“We need change in Abia North; and with what we are seeing, we are highly optimistic that Bourdex will be a good senator to his people and to us residing here. Our roads are bad, and we need them to be fixed for business to strive. As a virgin politician, we are getting curtained that he will do well.” 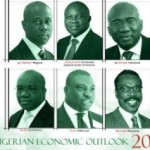