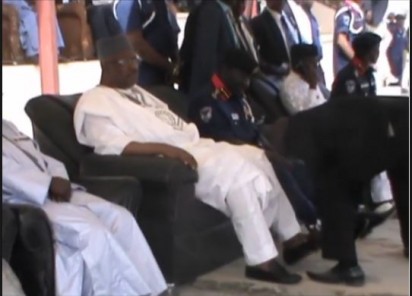 THE Minister of the Interior, Abdulrahman Dambazau is not new to public office. A three star general at the point of retirement, he was for some years the Chief of Army Staff in the Goodluck Jonathan administration. Even though his tenure as the CoAS was not particularly distinguished nor was he noted for any major achievement while in the military, he nevertheless carried himself in a rather dignifying way.

His deep baritone together with his imposing physique gave him presence. Combine this with the fact that he is the proud possessor of a doctorate degree in criminology (?) (which will seem to suggest that he is something of an intellectual) and you have what might be considered the right picture of a soldier and a gentle man. Nigeria’s own version of US Army’s General David Petraeus. Even though, as earlier remarked, his time as the CoAS was unremarkable, and as average as average could be, his re-emergence in the administration of President Muhammadu Buhari would suggest that there might be more to his person than meets the eye.

For making it into Buhari’s ministerial team of angels, as some Nigerians derisively called the president’s cabinet on account of the many months it took him to draw up his ministerial list and assemble his team, one would be excused to think that General Dambazau must be an achiever, albeit, one either under-rated or yet to be recognised. His appointment would therefore seem a second chance for him to reinvent himself. Personally, I had allowed myself to be persuaded by speculations in the media that he would be appointed the Minister of Defense given his background in the military and his status as a former Chief of the Nigerian Army. But he was deployed to the Ministry of the Interior. Buhari probably thought less of his attributes as a soldier than his administrative and intellectual skills that might be better suited to manage several of the paramilitary forces under his assigned ministry.

Generally Dambazau appeared to operate from the background; neither did nor said anything important while still in the Army. This no doubt shielded him from public attention. His reticence as a soldier may neither be possible nor desirable in a civil administration. The type of protection that his uniform afforded him might no longer be possible in his new position. Which is to say that the true character of the man might gradually be showing now. And the picture that is developing from this might not be entirely flattering to his person. In fact, what is coming up, the face of General Dambazau that Nigerians are beginning to see could possibly not be uglier than it presently is. What is emerging is the picture of a supposedly sophisticated and decent human being with a feudal mindset. This is hardly a nice introduction to the general public. Nigerians were righteously outraged to see the picture of one of the minister’s security agent crouched at his feet cleaning his shoes in the full glare of the public. The minister sat back in a manner that suggests he is used to such demeaning and psychologically brutalising treatment of his personal staff and subordinates, free born Nigerians like him. He looked on with feline complacency as his security man dusted his shoes from one foot to the other. It never occurred to him that the man’s brief was to protect him and not as a shoe- shine boy who in such circumstance would be doing that for which he is paid. Dambazau apparently enjoyed this foolishly servile gesture from a secret agent.

Nigerians may just be getting to know Dambazau, even if from a distance, and they are not amused by his big man airs. But I first started feeling disappointed in the man after I saw television footage of him addressing staff of one of the ministries under his supervision. This was shortly after the new ministers had been sworn into office and he was on some kind of familiarisation visit to the said ministry. As if speaking to soldiers at a drill ground, our man addressed his listeners in a manner one shouldn’t talk to adults. His tone and voice was both authoritarian and threatening. The last time I saw a public officer addressing civil servants like that was during the military era. But Mr. Dambazau was either blissfully unaware or unperturbed by the inappropriateness of his instructions, a form of verbal violence, to his listeners. That episode got me rethinking my earlier favourable impression of ‘His Excellency’. And even though I would have expected a more sophisticated behaviour from someone of his professional and intellectual attainments, his latest misconduct seems one of a type with the earlier one.

The general reactions of Nigerians, impassioned and angry, should send a message to the likes of General Dambazau that their conduct is no longer acceptable in this country. It is appropriate that this has happened at a time Nigerians have had reasons to complain about how policemen and others within the security apparatus are being employed in degrading and unbecoming roles when on escort duties with or serving as security aides to some of our big men and women. These security personnel, usually police officers, are often saddled with less than dignifying responsibilities. They function as hand bag carriers, messengers, traffic wardens and attack dogs for their principals. This is aside their roles as domestic staff that go on market and related errands for their principal’s spouse. Many of these professional security men, it seems, now see their undignified activities as normal, especially where there are personal gains to be made. Many struggle to be posted to such ‘lucrative’ beats where they can continue to play the role of porters, gardeners, cooks and steward even when in uniform.

To be sure, some of those on such duties still retain their sense of dignity and resist the attempt to assault their self-worth. But such are rare and are often seen as arrogant. They are stigmatised by both their colleagues and their principals for their lack of ‘eye’ service. Now the Police Service Commission has placed an embargo on police officers taking on domestic responsibilities while promising to prune the category of public officials entitled to police protection. But it is Nigerians themselves that must continue to insist on the type of police establishment they want and the conduct expected of such officers deserving of a place in it. It shouldn’t be a matter to be decided by the officers involved or the person(s) they are assigned to protect. It is the image of the Nigerian people and that of our police officers that is at stake. Nothing should be done to undermine it. Not even the empty airs of bloated egos. 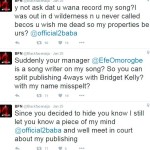 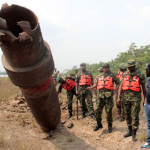