NNEWI—THE recent budget release by the Federal Government was expected to feature some monetary allocation for the construction of the 2nd  Niger Bridge started by the administration of former President Goodluck Jonathan, but unfortunately the allocation for the construction of the bridge is missing. This has elicited torrents of reaction from stakeholders in the Sout-East. Here are some of them. President of Onitsha Chamber of Commerce Industry Mines and Agriculture, Mr. Uche Apakama, in his comments said, “I just want to believe that the information is not quite true that not capturing of the 2nd  Niger Bridge in the 2016  budget, means it has been abandoned, this is because it will be ridiculous the Federal Government would have forgotten such a sensitive and important project for the people of South East and South South and Nigerians in general.

“I want to assume, a big assumption that it is in the budget, but per adventure is not there, it can’t be explained to anybody, because we do not have the budget breakdown, we just heard about the big figures, we do not have the different allocations, so we do not know the details of those allocations and therefore they should tell us what happened.

“It will be a total disservice to Ndigbo, South South and Nigeria in general to abandon the bridge, I was listening to the Presidents first Media Chat where he asked who are marginalizing the Ibos and how, he asked that question and this issue of alleged abandonment of 2nd  Niger Bridge is one  example  of his government marginalizing Ndigbo, if it is true.

“Abandonment of that bridge is one of the basic and clear instance of marginalization of the Ibos, we have only one access to leave the Ibo land for the West, it takes up to four or five hours to pass through Niger Bridge to enter Asaba approach of the bridge, we are suffering getting down here, to access our home land is almost impossible, very difficult, because of the single lane in the direction of the Niger Bridge as constructed, let us not even say that the Bridge is weak, even the volume of traffic it carries can no more suit the bridge like we have in the festive period of Christmas and New year,” he said.

Apakama, a pharmacist,  also stated that “we have a four year project period, we are waiting and are expected to wait for four years, hoping that in four years time, even though we have questioned the four years project period which is too long to complete the bridge because you do not use four years to build such bridge if it is properly funded, yet they are coming up with the plan of abandonment, if it is PPP funded, that is where Julius Berger will have to source its funds, it can be completed within a forty eight month period.

“We seem to have been forgotten by the Federal Government in a country that we are part of, what happened last time with MASSOB and IPOB challenges are all part of the problem of marginalization.

In South East, we have a lot of things we are talking about that need to be addressed, we do not have appointments, no problem, we are still surviving, but things that belong to us like this bridge, government must show commitment, and show us that they are sincere about the issues concerning South East and the South South.

“I want to believe that the project is in the budget, if it is not, it is unfair for us not to have that bridge completed, it is unfair that one year will pass again and the bridge is not captured in the budget and therefore nothing will be happening there, it should be in the appropriated budget, it should not be in the supplementary budget, it should be the concern of the Federal Government of Nigeria that South East and South-South are not cut off from the rest of Nigeria.”

For his part Chief Ozoh Anaekwe, a former President General of Onitsha Markets Amalgamated Traders Association, OMATA, said,  “President Muhammadu Buhari has shown Nigerians and the world that he is anti-Igbo with the abandonment of the 2nd Niger Bridge project, I am telling Igbo leaders to rally round and tell the world, especially, Europe and America, the new friends of the present government, the condition President Buhari wants to place Igbo in Nigeria.

“No reasonable and responsible government in the world will abandon a project like 2nd Niger Bridge, if not for the reason of hatred, and not wanting anything good for a particular people, unfortunately the bridge is serving Igbo, Hausa and Yoruba and other ethnic groups, so it is a disservice to the nation and not to the Igbo people if it is abandoned.

“When some people say we did not vote for Buhari, that is why he is anti Igbo, I laugh, how can we vote for a man that does not come to campaign in Igbo land. Since he has been contesting elections, it was only this last one that made him President where he visited one or two South East states to campaign, he has disappointed Onitsha residents on three occasions he said he was coming for campaign and people waited, he never came and did not care to render apology, Onitsha houses all South East state people.

“I am calling on the Ministers from South East to resign from Buhari’s government because he does not mean well for Ndigbo and does not love them, after all he did not assign any reasonable position to them, why did he give three juicy Ministries to one person, when he gave South East Ministers that does not in any way affect their lives positively, the ministries he gave them which he is boasting that he has done well for Ndigbo does not add value to peoples life,” he said.

According to him “It is only the lawmakers that will make Buhari to change his mind and continue with the 2nd  Niger Bridge project, the Judiciary is playing along with him, the Nigerian Bar Association, NBA, President is not interested to defend the Judiciary, he is playing along with the All Progressives Congress, APC, government, he should therefore, resign because he is sympathetic to the present government, he is NBA National President not APC government National President.

“I have no doubt that the present administration will not continue with the 2nd  Niger Bridge project because it was started by former President Goodluck and anything started or done by that administration is either seen as evil or being dismantled and seen as corrupt, even if the bridge is captured in the budget they will not do it, they think it  is Igbo people’s project. “Nigerians and the National Assembly should compel the President to continue the project, it is a Nigerian project not South East project, it was approved and kicked off by a responsible government he succeeded, if National Assembly fail to compel the President to continue that project it means they are afraid of him and that will be disaster for the country.

President of Osakwe Industrial Cluster, a small scale industrial operators based in Awada, near Onitsha, Mr. Johnson Okolo, said that “it has been one calamity or the other since the present government came with its change mantra, even though the South East people did not vote for President Buhari, we still believe that he is the President, we did not march to the streets to protest against his emergence and therefore, he should not work based on the people that voted him.” 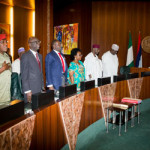 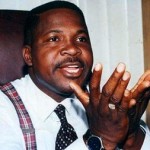