A team of officials from the World Health Organization (WHO) are expected to arrive in the country this week, to help the Health Ministry and the Ghana Health Service deal with the deadly pneumococcal meningitis.

Head of Disease Surveillance at the Ghana Health Service, Dr. Franklin Asiedu Bekoe, in an interview said although they are doing their best to curb the spread of the disease, external help is needed.

“There are reported cases in most parts of Ghana but the good thing is that there is no district or region in Ghana that is in an outbreak. You need to be able to diagnose the organism to know what is causing the disease. So they are bringing a team from Gambia, they have a collaborative lab in Gambia that will help us to confirm the diagnosis,” he added.
About 40 deaths have so far been recorded as a result of different strains of meningitis in the country.
Meningitis cases in Accra test negative

Meanwhile, laboratory results of four out of five suspected cases of meningitis recorded at the Ridge hospital in Accra, have tested negative.

The hospital last week recorded its first five suspected cases with one confirmed case of meningococcal meningitis.
The Acting Deputy Director of Public health for the Greater Accra region, Dr. John Yabina speaking to Citi News said “we had five cases and one tested positive to meningococcal meningitis and then the other four we heard on Monday morning that they were all negative to the disease.”
Dr Yabina said they are currently not encouraging vaccination because “it is not available and the disease can be treated with the medication that we have. The problem has to do with patients arriving at the hospital early; some people want to go somewhere before they come to the hospital.”
He further advised citizens to report suspected cases on time for treatment and avoid overcrowded places.
On how to eradicate the disease, Dr Yabina said “it will be quite difficult because they viruses are changing their way of doing their operations so it is difficult to eradicate but we can control it.” 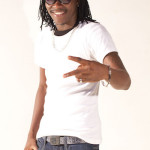