A newly released study shows that regular drinkers are less likely to die prematurely than people who have never indulged in alcohol. You read that right: Time reports that abstaining from alcohol altogether can lead to a shorter life than consistent, moderate drinking.

Surprised? The tightly controlled study, which looked at individuals between ages 55 and 65, spanned a 20-year period and accounted for variables ranging from socioeconomic status to level of physical activity. Led by psychologist Charles Holahan of the University of Texas at Austin, it found that mortality rates were highest for those who had never had a sip, lower for heavy drinkers, and lowest for moderate drinkers who enjoyed one to three drinks per day.

Of the 1,824 study participants, only 41 percent of the moderate drinkers died prematurely compared to a whopping 69 percent of the nondrinkers. Meanwhile, the heavy drinkers fared better than those who abstained, with a 60 percent mortality rate. Despite the increased risks for cirrhosis and several types of cancer, not to mention dependency, accidents, and poor judgment associated with heavy drinking, those who imbibe are less likely to die than people who stay dry.

A possible explanation for this is that alcohol can be a great social lubricant, and strong social networks are essential for maintaining mental and physical health. Nondrinkers have been shown to demonstrate greater signs of depression than their carousing counterparts, and in addition to the potential heart health and circulation benefits of moderate drinking (especially red wine), it also increases sociability.

While it’s always important to drink responsibly, this is one study that warrants raising a glass. 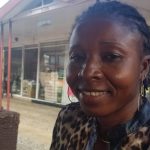