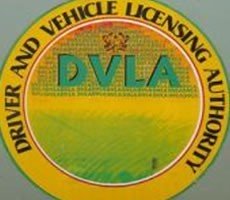 The Attorney-General’s Department has directed the Driver and Vehicle Licensing Authority, DVAL to terminate its contract with Foto-X Limited.

The contract has been the subject of controversy, with many at the DVLA describing it as too perverted to be allowed to stand.

In 2012, the DVLA entered into a ten-year contract with Foto-X to print drivers’ license.

Disparities in the contract sum and other issues have stalled its implementation.

An investigative report by the Economic and Organised Crime Office has recommended the termination of the contract.

Joy News has intercepted a letter from the Attorney-General ordering the termination of the contract.

Find the full letter below

We have received the docket on the above case for advice. The Attorney-General, in the interim directs you as following pending our final advice on the matter. The case mentioned above is in connection with the contract for consulting services between driver, vehicle and
licensing Authority (D.V.L.A) and Foto-x Limited. The contract was executed on 2nd August, 2012, and the contract period is ten years spanning from 2012 to 2022.
The main purpose of the contract was for Foto-x limited to design, install, maintain and to service the system for personalizing and production of driver’s licences (Leaner’s and Permanent) material supply and for personalisation and production of permanent drivers license.
The above mentioned contract followed a similar one which was implemented from 2006 to 2012, a period of 6 years. The contract was a turn-key project in which the consultant (Foto-x limited) was to hand over the system and the equipment to DVLA to manage by itself at the end of the contract in 2012 but the consultant failed to do so.
A complaint on the implementation of the contract was submitted to Economic and Organised Crime Office (EOCO) for Investigation, the report of which was submitted to the Attorney-General for advice,
The following issues came up for investigations:
(1) Wrongful collection of moneys as reimbursement for consumables which had already been factored in the contract sum of $2.772.000.

(2) Overpayment of the contract sum of $2.772.0oo, which in cedi equivalent amounts to GH¢5,544.000 to the consultant.
(3)Fraudulent contract on the basis of
(a)Renewing the first contract which was as turn-key project
(b)Changing the contract sum of $3,600,000 to $9,976,209.50 by the consultant without due recourse to Public procurement Act 663,(Act 2003).
The finding of Economic and Organized Crime Office are as following
(a)Investigations disclosed that within the contract period of six years Foto-x was paid GH¢20,961,785.00 instead of GH¢5,544,000.00 as the equivalent of the original contract sum of $2,772,00.00. The overpayment which was discovered was GH¢15,417,785.00.
(b)The wrongful payment amounting to GH¢3,011,021.29 being the cost of consumables which price had already been factored in the contract sum of $2,772.00 to the consultant Foto-X.
On the basis of the above, the Attorney-General directs that the second contract mentioned above should be terminated forthwith. In addition, the Attorney-General directs that no further payment should be made out of the second contract to Foto-x Limited.

For: Attorney-General
– See more at: http://www.myjoyonline.com/news/2015/November-5th/a-g-orders-dvla-to-cancel-contract-with-foto-x.php#sthash.NOroufPM.dpuf