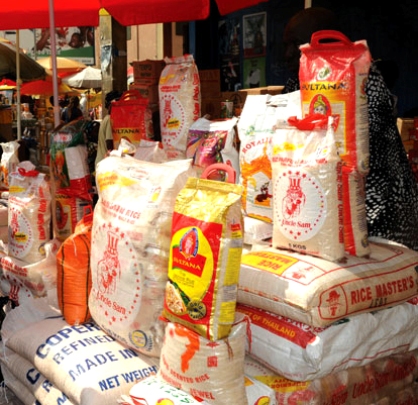 Every year, the world loses nearly 1/3 of all food produced on the farm and served on the dining table.

This translates into $940 billion per year, according to the Food and Agriculture Organization of the United Nations.

The United Nations, in its recently launched Sustainable Development Goals (SDGs), is aiming to tackle the problem head on.

Target 12.3 of the SDGs aims to halve food waste and reduce food loss globally by 2030.

As part of efforts towards achieving that goal, a coalition has been formed dubbed ‘Champions 12.3’, to lead a dedicated campaign to inspire ambition, mobilise action, and accelerate progress in that direction.

The coalition recently launched a new effort to that end at the World Economic Forum in Davos.

Globally, a third of all food is lost or wasted between the farm and the fork. Reducing food loss and waste can be a triple win: It can save money for farmers, companies, and households; wasting less can feed more people; and reductions can alleviate pressure on climate, water, and land resources, a statement from World Resources Institute said.

The Champions include CEOs of major companies, government ministers, and executives of research and intergovernmental institutions, foundations, farmer organizations, and civil society groups. These leaders will work to create political, business and social momentum to reduce food loss and waste around the world.

The Champions will inspire action by:

• Leading by example on how to reduce food loss and waste;

• Motivating others to meet SDG Target 12.3;

• Communicating the importance of food loss and waste reduction;

Food loss and waste has significant economic, social, and environmental consequences. According to the Food and Agriculture Organization of the United Nations (FAO), food loss and waste amounts to $940 billion in global annual economic losses. It contributes to hunger. And lost and wasted food consumes about one quarter of all water used by agriculture, requires cropland area the size of China, and generates about 8 per cent of global greenhouse gas emissions.

The announcement took place during the World Economic Forum meeting in Davos, Switzerland, alongside the launch of The Rockefeller Foundation’s new YieldWise initiative, a seven-year, $130 million commitment to halving food loss and waste globally. The Foundation’s President, Dr. Judith Rodin, is also a Champion.

Champions 12.3 will complement and build upon ongoing successful UN programs to reduce food loss and waste including SAVE FOOD and Think.Eat.Save, efforts such as EU FUSIONS and the global Food Loss & Waste Protocol, private sector action like the Consumer Goods Forum’s Food Waste Resolution, and other initiatives.

The Champions effort supports the UN Sustainable Development Goals adopted in September 2015. SDG 12 seeks to ensure sustainable consumption and production patterns. Target 12.3 specifically aims to halve per capita global food waste at the retail and consumer level, and reduce food losses along production and supply chains, including post-harvest losses, by 2030.

Inspired by the “No More Food to Waste” conference in The Hague in June of 2015, the Government of the Kingdom of the Netherlands formally called for the coalition’s formation in September 2015, and is providing secretariat support for Champions 12.3, along with World Resources Institute.

• Wiebe Draijer (Chairman of the Executive Board, Rabobank)

• Louise Fresco (President of the Executive Board, Wageningen University)

• Feike Sijbesma (Chief Executive Officer and Chairman of the Managing Board, Royal DSM)

“I’m proud to be part of the Champions initiatives effort to raise awareness on sustainable development goal 12.3 and the reduction of global food loss and food waste in 2030.” said Eva Kjer Hansen, Minister of Environment and Food, Denmark, “Food loss and waste is a huge challenge for global food security, human livelihoods and the conservation of the environment that calls for global responses and individual action. And Denmark is ready to take its share and to engage in a new solution based global partnership. One of the initiatives we have launched in Denmark is a national partnership for reduction of avoidable food waste, which will foster voluntary and binding collaboration between all links in the food chain and relevant authorities and organisations, as solutions and barriers should be addressed across all stakeholders.”

“Reducing food loss and waste is a significant global challenge and it’s very important that business plays its part,” said Dave Lewis, Group Chief Executive of Tesco and Chair of Champions 12.3. “At Tesco, we’re committed to tackling food waste not only in our own operations but also through strong and effective partnerships with our suppliers and by helping our customers reduce waste and save money. This is an opportunity for businesses to work together and make a real difference to Target 12.3.”

“Worldwide, food loss and waste impedes food security and fuels climate change. For advancing the agreed 2030 Agenda for Sustainable Development this issue must be tackled today,” said Dr. Hans Hoogeveen, Vice-Minister for Agriculture, the Netherlands. “Food that is ultimately lost or wasted consumes about a quarter of all water used by agriculture, requires cropland area the size of China, and is responsible for an estimated 8 percent of global greenhouse gas emissions. Through their leadership the Champions 12.3 will be able to connect these challenges, by forming smart alliances, bringing together leaders from private sector, local communities, famers, science and government.”

“Cutting food loss and waste is a no-brainer. Food loss and waste hurts people, costs money and harms the planet. If food loss and waste were a country, it would be the third largest greenhouse gas emitter in the world,” said Dr. Andrew Steer, President and CEO, World Resources Institute. “Thankfully, we are embarking on a journey where business, government and other leaders can use their voices to make a tangible difference to reach Target 12.3. These Champions have the power to convert momentum into a global movement.”

“Food loss and waste happens all along the global pathway to the plate—from how smallholder farmers harvest and get crops to market, to corporate losses across supply chains, all the way to consumer waste. To succeed in cutting food waste in half, we must take a systemic approach,” said Dr. Judith Rodin, President, The Rockefeller Foundation. “Through YieldWise, our seven-year, $130 million initiative, we will build a more resilient food system by demonstrating how the entire supply chain can collaborate to achieve the goals set by Champions 12.3. Together, we will ensure that humanity has enough food to thrive, all while respecting the limits of our planet’s ability to provide.”

“We waste about one-third of food produced every year. That’s why I welcome this proactive, collaborative approach by the Champions of SDG 12.3 to halving food waste by 2030. UNEP’s Think Eat Save initiative, in partnership with FAO, raises awareness and promotes practices and policies to reduce food loss and waste,” said Achim Steiner, Executive Director, United Nations Environment Programme and Co-Chair of Champions 12.3. “But for this target to be met comprehensively, we require important baseline data on our production and consumption patterns today. I encourage all Champions to contribute to measuring food waste in their organizations and countries in order to help achieve an SDG target crucial to both food security and fighting hunger, as well as climate change.”