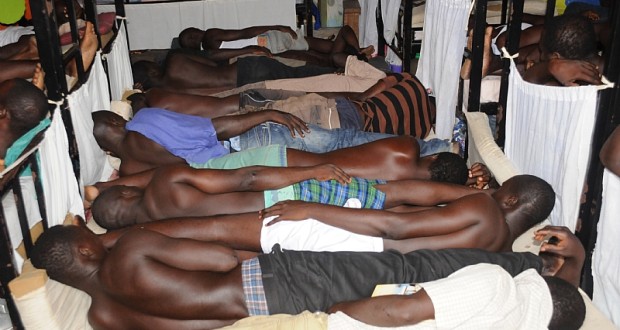 Scabies has become predominant among inmates of Ho Central Prisons as 80% of the 165 were diagnosed to have contracted the contagious disease.

This was revealed when a medical team from the Ho polyclinic screened the inmates in commemoration of the world peace day celebrations.

Dr Mrs. Eyram Ashinyo who led the group in an interview with Joy News said there is the need for a holistic approach for each inmate in managing disease scabies.

“We cannot just treat few people and go back but there is the need for a holistic approach for each inmate in order to make sure that these people are healthy in the Prisons” Dr Eyram Ashinyo stated.

According to her, it is important to pay attention to the health of inmates in the country’s prisons adding that 50 % of the inmates were diagnosed of cough and will be followed up by the Ho poly clinic where 17% of the inmates were referred for further investigations.

The Volta Regional PRO of the Ho Central Prisons, David Apusigah, commended the team for coming to the aid of the inmates and appealed to them to visit the Prisons as often as they could.

In all, 155 male inmates, 10 females and 7 officers and their families were attended to in the process.