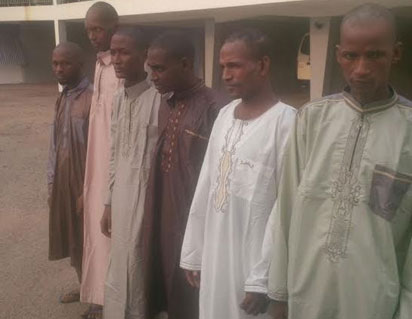 Six Fulani herdsmen arrested by the Inspector General of Police Special Intelligence Response Team, IRT, for allegedly kidnapping and terrorizing businessmen, including residents of Okeho, a border town in Oyo State, have been charged to court. Vanguard had reported last November how the suspects, who were alleged to have kidnapped prominent residents, were rounded up at Okeho, a town bordering Benin Republic in Oyo State.

It was gathered that the Inspector General, Solomon Arase, after receiving several complaints of the gang’s activities, had deployed the IRT operatives, led by CSP Abba Kyari, to the area and they apprehended the suspects from their various hideouts.

One of the suspects, Maikudi, was said to have led the kidnappers to abduct his father and a ransom of N1.5 million was paid.

Justice M. L. Abimbola, who presided over the matter, ordered the suspects remanded in prison custody after taking their not guilty plea, and adjourned to February 2 for hearing. 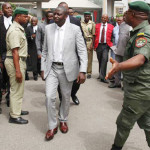