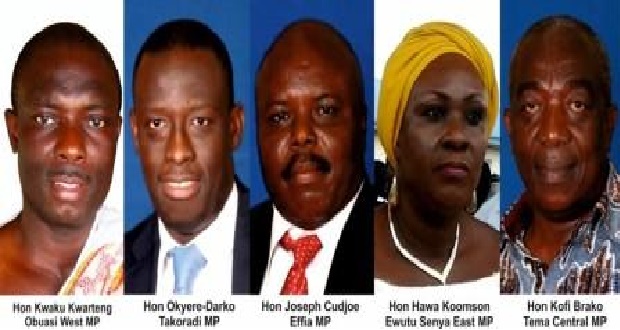 Five Members of Parliament (MPs), who sought a judicial review of a law that restricts further expansion of oil and gas facilities at the Takoradi Port, have rejected President Mahama’s recent statement that their action delayed the completion of the Atuabo Free Port.

Inaugurating the Atuabo Gas Processing Plant last week, President Mahama said the project delayed because of the court suits which he described as “needless.”

He further called on judges not to entertain law suits that seek to delay national projects.

But the 5 MPs say they cannot be blamed for the delays because there has been no court injunction against it.

According to the MP’s the delay is largely because the contractor, Lonrho Ports, is broke.They said this in a statement signed by MP for Efia Constituency Joseph Cudjoe.

Last week, President John Mahama and the Petroleum Minister, Mr Armah Kofi Buah stated publicly that the delay in the start of the Atuabo Freeport project is coming from some Members of Parliament.

These claims are false and misleading. We, the said Members of Parliament state for the records that there is currently no court injunction on the Atuabo Freeport project. Indeed, there is no court action against the project.

These statements are untrue. We challenge government to tell the public the suit numbers of the suit(s) they are attributing the delay to.

It is obvious that the cause of the delay is the inability of government and Lonrho Ports to find the money to finance the project.

We have only written a letter to the Attorney General drawing government’s attention to two important issues relating, NOT to the Atuabo Freeport project, but to the Takoradi Port and the Ghana Ports & Harbours Authority (GPHA). The issues are as follows: 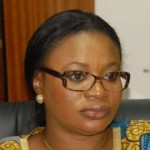